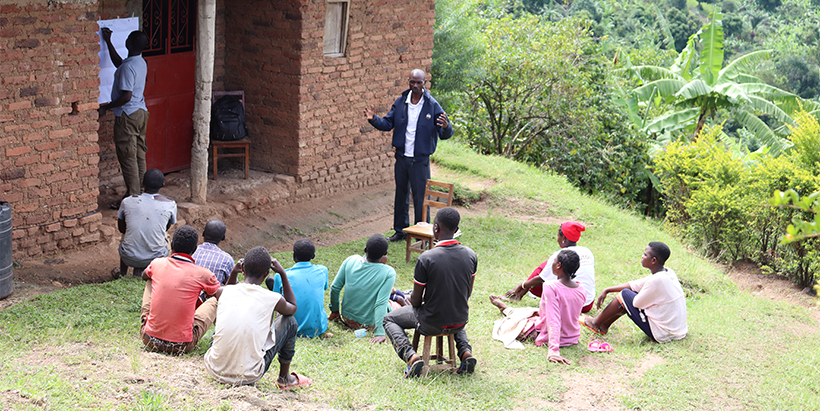 The activity is part of a collaboration between the Sustainable Food Lab, USAID, Touton, and IITA that brings together the private sector, agricultural researchers, and smallholder farmers to improve smallholder farmer livelihoods.

Kasese – about 370 kilometers west of Uganda’s capital city, Kampala – is located on the border between Uganda and the Democratic Republic of the Congo in the Rwenzori mountains. The mountain range includes Africa’s third highest glacial peak after Kilimanjaro and Mount Kenya – Mount Margherita which stands at 5,109 meters.

Coffee has been grown in the Rwenzori region for generations. Top-quality Ugandan Arabica coffees are among some of the best in the world, according to Coffee Review. In 2018, it was estimated that only 12% of households in the Kasese landscape had electricity, 29% had piped water, and only 3% of households had modern toilet facilities. IITA and Touton are supporting farmers in this landscape to improve their livelihoods from diversified strategies.

The IITA research team and Touton.

The IITA research team and Touton field staff jointly conducted focus group discussions with subgroups of men, women, and youth in three subcounties (Kyondo, Kisinga, and Kyarumba). Meetings took place on the slopes of the mountains in churches, school rooms, and in homesteads hosted by the community. The community shared their experiences, challenges, and opportunities for improved livelihoods.

This engagement allows IITA and Touton to better understand the different experiences and perceptions of the farming community, with farmers speaking of their challenges in making a decent living from smallholder farming. Issues of land size, low productivity, lack of extension support and knowledge of good agronomical and climate-smart practices, were among some of the issues highlighted.

IITA’s David Mukasa, lead researcher, says: “There are a number of issues to address such as soil fertility, improved crop varieties, and improved knowledge of good agricultural and climate-smart practices. The IITA team will consolidate and analyze the data collected and recommend strategies to address the production constraints of the Rwenzori farmers.”

Faith Okiror, IITA Communications and Behavioral Change Expert conducted the women’s focus group discussions, said: “It is always exciting to interact with the women smallholder coffee farmers whose knowledge adds invaluable insight into the research conducted by IITA. Understanding the challenges and opportunities of the women farmers add context to the research findings.” 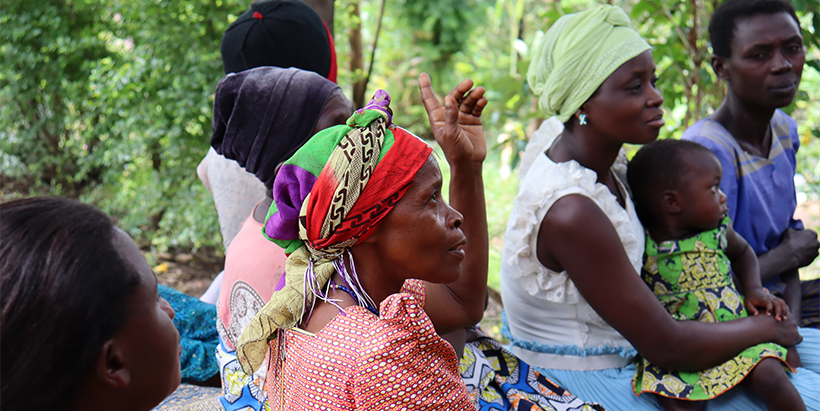 The youth sub-group discussions were conducted by David Amwonya, the IITA Uganda Climate-Smart Agriculture Team Data Analyst. He said: “The focus group discussions will help us validate data collected by Touton in a household survey conducted with a sample of 357 farmers from the same groups.” David is leading the analysis of the data collected back in Kampala. Preliminary results will be further analyzed by the research team to identify actionable strategies that will contribute to improved farmer livelihoods in the region.

Touton and IITA are committed to continue to partner with Kasese’s smallholder coffee, vanilla, and cocoa farmers through their producer organizations in testing the co-developed strategies to improve the knowledge and capacity of the farmers for improved livelihoods and climate resilience in the region.