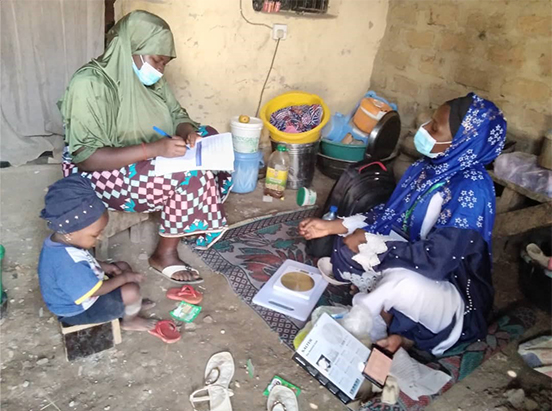 IITA and partners combat poor nutrition in women and children

Malnutrition in young children and pregnant women is known to have adverse consequences on their survival and long-term well-being. It also has far-reaching effects on human capital, economic productivity, and national development; changes in diet can help improve mental health, prevent or control many health problems, including diabetes, obesity, and certain risk factors for cancer and heart diseases.

The Federal Government of Nigeria, in collaboration with IITA and other partner organizations, carried out a National Food Consumption and Micronutrient Survey (NFCMS) to assess the micronutrient status and dietary intake of women within the reproductive age of 15–49 years, including pregnant and lactating women, and children aged 6–59 months. 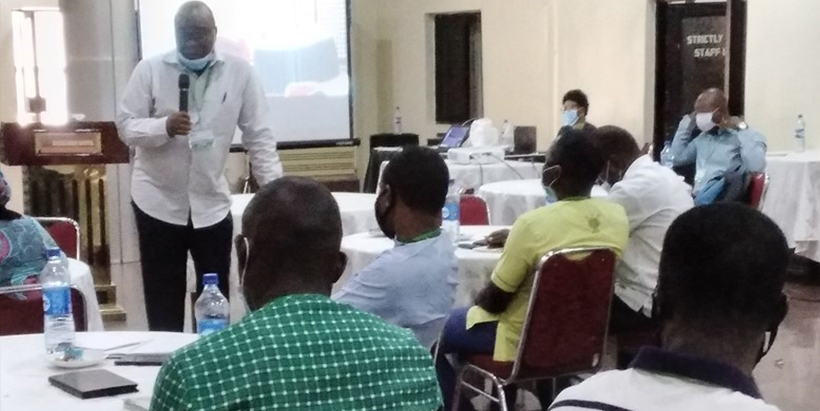 The last NFCMS was undertaken 20 years ago, in 2001. The findings of this study no longer represent the current micronutrient status or dietary consumption patterns of the Nigerian population. Updated information on the population’s micronutrient status and dietary intakes is required for informed, evidenced-based decisions about current and future food and nutrition programming and policymaking in Nigeria.

The current survey also focused on the micronutrient status of non-pregnant adolescent girls aged 10–14 years while identifying key factors associated with poor nutrition in this population. In addition, scientists from the six geopolitical zones in Nigeria participated in the survey to develop strategies for preventing and treating diseases like anemia.

Dietary Interview during the Pilot.

In a one-week training held at IITA, jointly coordinated by the lead investigator Mercy Lungaho and principal investigators, Busie Maziya-Dixon and Rasaki A. Sanusi, participants learned how to put actions in place to effectively carry out a survey on food consumption and the micronutrient status of Nigerians. Experts in medicine, laboratory science, and data management, among others, facilitated the sessions, exposing participants to field and dietary survey tools such as the INDDEX24 application.

The NFCMS Dietary Intake Lead, Olapeju Phorbee, highlighted some of the challenges encountered during the survey. She identified aspects of the questionnaire and INDDEX24 tool that needed re-training after the pilot.

Other major issues observed include mobilization, line listing, and poor communication between the biomarkers’ team and the dietary group. “I have followed the training and fieldwork in several locations, and these problems would not be allowed to come up during the main survey,” said Sanusi.

One of the participants, Victor Ajieroh, appreciated the training organizers for their high level of dedication. However, he encouraged an even higher level of commitment as the country and the rest of the world depend on the survey’s outcome.  “It is an extreme opportunity to build one’s career due to the huge experience in this project,” he added.