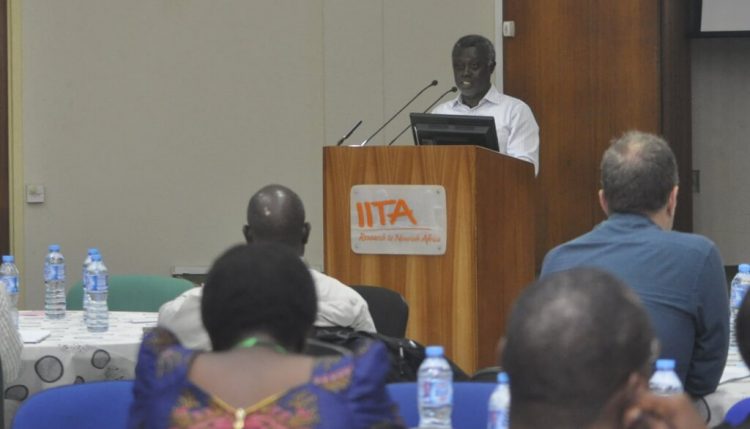 There is in no doubt that IITA has been involved in the improvement and subsequent release of various improved crop varieties across sub-Saharan Africa. However, the focus of the Institute especially when it comes to its biotechnology strategy and crop improvement strategy is now shifting with an eagle-like focus on what impact the already released improved varieties have had and what the soon-to-be-released ones will achieve.

Biotechnology and genetic improvement are like the two sides of a coin through which IITA aims to offer smallholder farmers improved crop varieties that are well placed to cope with various biotic and abiotic stresses. During the thematic session on Biotechnology and genetic improvement, Robert Asiedu, Director for Western Africa, offered a glimpse into the strategic orientation of the Institute on this subject that he is leading. In his primer presentation for the session, he gave an overview of some of the ongoing efforts by the crop breeding and biotechnology research team at IITA. 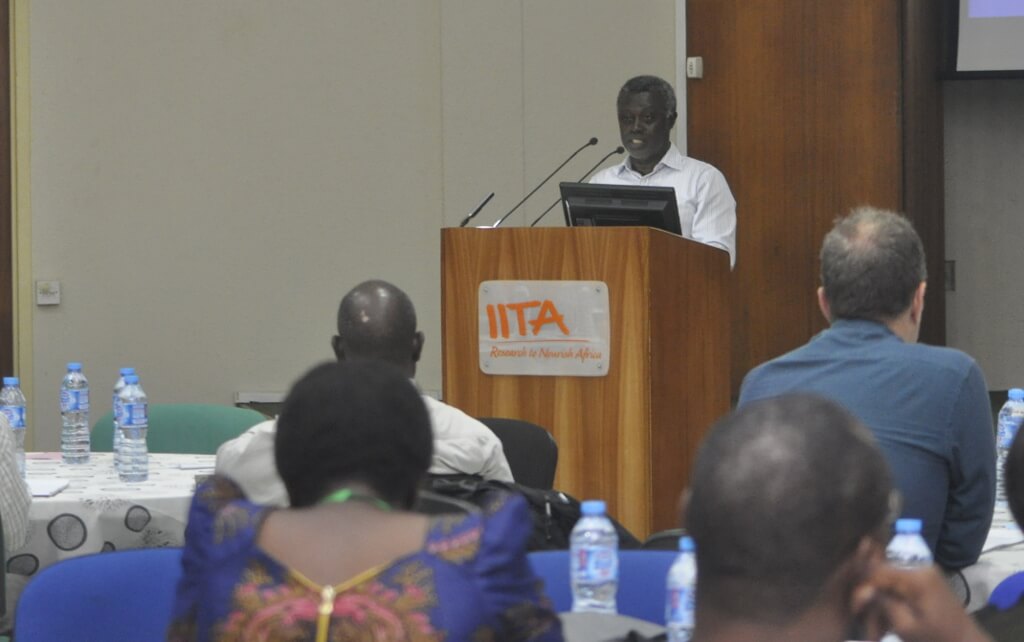 Some of the impressive work conducted by the team and highlighted during the session included: Genebank data and information management system; advances in phenotyping advanced drought tolerant and Striga resistant maize genotypes for tolerance to drought and heat stress; regeneration and genetic transformation of yam; banana breeding and genetics; and enhancing proVitamin A in cassava breeding using new tools.

We are alert and ready for new plant pests and diseases!