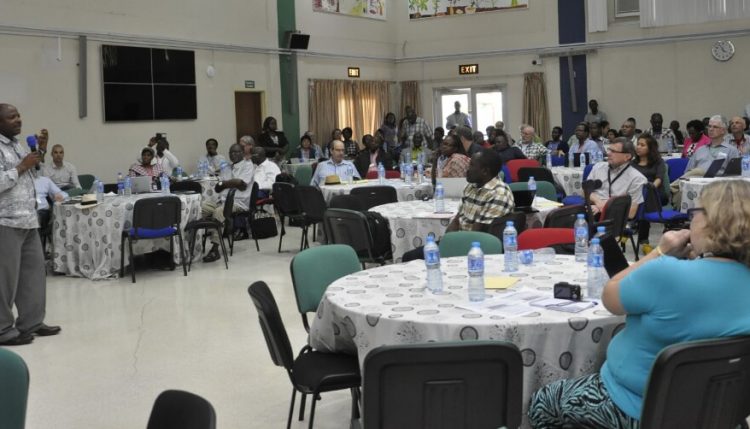 Key voices: We have done it before, we will do it again!

Why is IITA repositioning its science to achieve its mission of reducing hunger and poverty?

Africa is changing. Take Nigeria, for example. Everybody realizes now that crude oil stocks are going down and people are not even buying Nigeria’s oil on the international market…when I visited the Governor of Osun State last week, he told me that the allocation he had received was not enough to provide for his people. According to him, the only alternative for augmenting the meager state allocation was to use the vast land in the state for agriculture. What we are trying to do is to reposition IITA to be the institution where agricultural solutions will be available for Nigerian states and the entire continent. To achieve this, we have to change our strategy and mindset.

What strategies will management change or revise?

We adopted a strategy in 2011 when I came in as DG. Prior to 2011, I had thought about this strategy for almost 5 years and it was because of it that the BoT hired me to be DG.

At that time though, the BoT did not believe that IITA could implement the strategy, but that notion has since been cleared. Today, in terms of human resources and interventions in African countries among others, IITA continues to soar high.

This year alone, due to the financial crisis, some CGIAR centers cut down the size of their staff but IITA did not. Instead, we have seen many countries like Kenya, DR Congo, and highly placed individuals contributing to the budget of IITA. Also, many donors’ trust in IITA’s ability to deliver has really increased. The business incubation platform (BIP) has received full authorization to commercialize aflasafe and NoduMax. We realize now that because of these results, most countries are asking IITA to come and replicate some of these structures for them. The challenge we have will be, basically, if we will be able to respond to these demands. So in terms of refreshing IITA’s strategy, we are not entirely changing but being more tactical, changing some steps, and regrouping others to deliver on our mandate.

With the budget cuts, can IITA still raise its budget to $200 million in 2020 as envisaged?

We did it before by increasing our budget from $47 million to over $100 million and I had said the BoT assumed I was not being realistic when I told them we could achieve that. Based on that experience, why should it be difficult to achieve $200 million if our strategy is correct and our mindset changed? In fact, we could have reached $40 million less than the target if we did not have all the financial setbacks in 2014 and 2015. I am optimistic that we will achieve that goal.