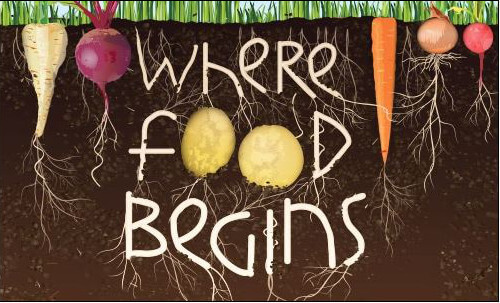 Celebrating a day for soils

The Global Soil Partnership (GSP) commemorated the World Soil Day on 5 December with the theme “Soils: a solid ground for life”.

At the FAO Headquarters in Rome, and at the United Nations Headquarters in New York and in Bangkok, Thailand, the celebration of the World Soil Day and the closure of the International Year of Soils 2015 were observed on 4 December.

In a statement released to mark the celebration, Ban Ki-moon, UN Secretary-General, enjoined all to join efforts in the fight against soil depletion. He said that “The world’s soils are rapidly deteriorating due to soil erosion, nutrient depletion, loss of soil organic carbon, soil sealing, and other threats, but this trend can be reversed provided countries take the lead in promoting sustainable management practices and the use of appropriate technologies”.

He also added that “The Status of the World’s Soil Resources produced by FAO’s Intergovernmental Technical Panel on Soils brings together the work of some 200 soil scientists from 60 countries.

Its publication coincides with World Soil Day which is celebrated on 4 December and also the end of the UN International Year of Soils 2015, an initiative which has served to raise global awareness on what has been described as “humanity’s silent ally”.

“Let  us  promote  sustainable  soil management  rooted  in  proper  soil governance  and  sound  investments. Together, we can promote the cause of soils, a truly solid ground for life,” he ended.

A voluntary guideline for sustainable soil management has received support from the FAO council. To effect this, major activities have been planned for which IITA has also pledged support.