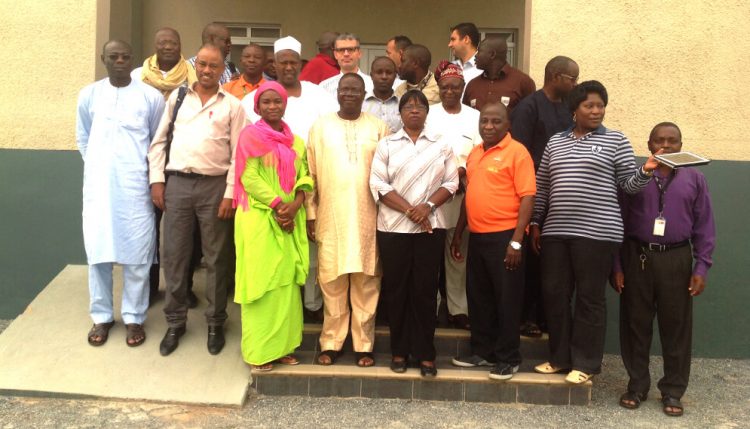 The SARD-SC project funded by the AfDB has come out tops once again, as the members of the Bank’s Supervisory mission have unequivocally described the  project as one of the Bank’s  best managed  projects. This was the verdict of the AFDB officials who recently undertook the sixth supervisory mission to the IITA/SARD-SC project from 29 November – 4 December, in Ibadan. The team, led by Ibrahim Amadou, Task Manager, and accompanied by Usman Mohammed, Disbursement Officer; Jaffar Abba, Procurement Officer; and Olufemi Ojo-Fajuyi, Financial Management Consultant, also commended the  project team for efficient project implementation and for achieving significant outputs in project countries. 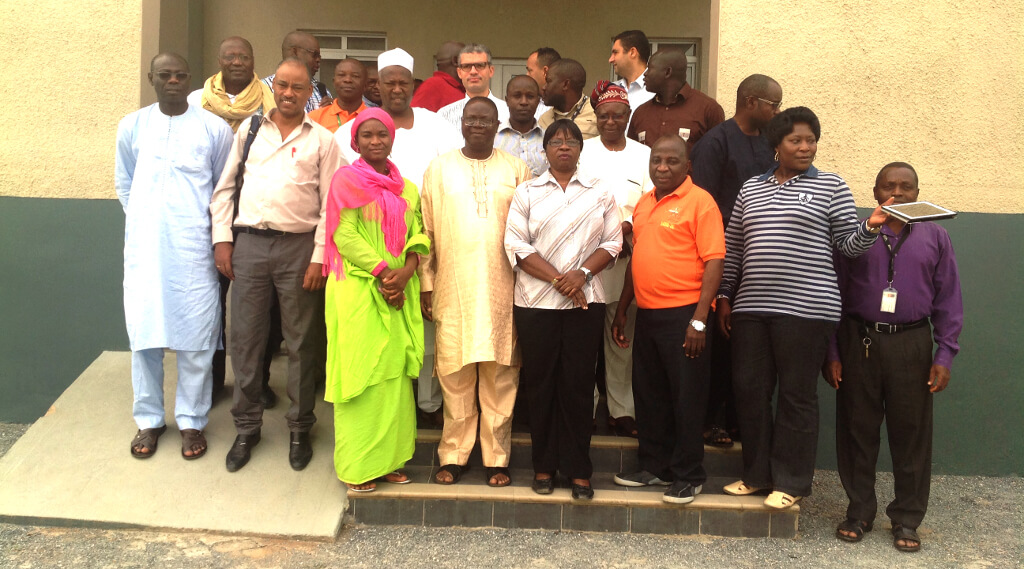 SARD-SC staff and AfDB officials during the visit to IITA, Ibadan, Nigeria.

While welcoming the AfDB officials to IITA, Chrys Akem, Project Coordinator, explained that the  purpose of the supervision visit was “to evaluate the project’s  progress and how far it has carried out the Bank’s recommendations and also to proffer solutions to issues which may have arisen from the last Mid Term Review held in May 2015.”

During the course of the mission, the team paid a courtesy visit to Nteranya Sanginga, IITA Director General, and briefed him on the Mission’s terms of reference. The DG expressed his pleasure on the reported progress of the SARD-SC project. He assured the team of  the readiness of IITA’s senior management to do all that is necessary to ensure that  the project delivers on its planned outputs and impacts.

The mission activities kicked off with  presentations by the project Commodity Specialists: Marie Yomeni for cassava, Sam Ajala for maize, Sidi Sanyang for rice, and Solomon Assefa for wheat; Issaka Amadou, Monitoring and Evaluation Specialist on M&E updates; Seyi Fashokun on project accounts; and Zulfawu Yahaya on procurement.

The presentations showed progress on all the commodity components since the medium-term review in May as well as procurement and financial execution, followed by discussions with the Commodity Specialists and other officers on various aspects of project implementation and outputs.

The team made some key observations on the project implementation status, especially their satisfaction on significant improvements in project implementation across all the commodity value chains of cassava, maize, rice, and wheat; as well as within the different components (technology and innovation generation, technology and innovation dissemination, capacity building and project management). They also observed that efforts to achieve the various targets set for the different indicators show that the project is on track. While rounding off the visit, Ibrahim Amadou, Project Task manager, commended the SARD-SC project “as one of the best managed projects of the AfDB.” He therefore urged the “Project Management Unit and project team members to  continue to work hard and ensure the project has transformational impact on  beneficiaries to earn a second phase.”

The disbursement rate of the project, they noted is currently 63.55% which, the Bank officials said was a good rate for such a complex project at its current level of implementation. They expected this to increase further as the project draws to its end in 2017.