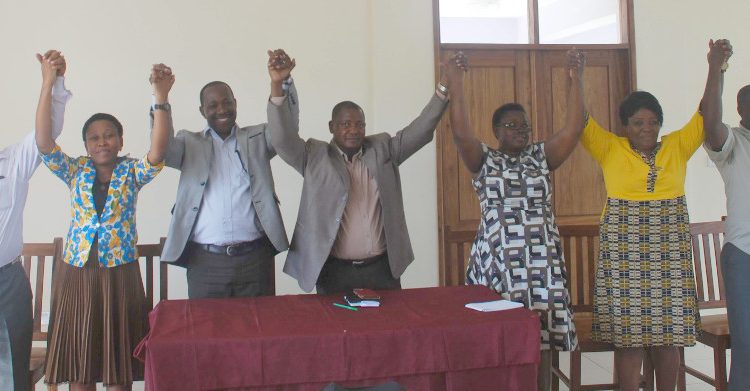 As the twenty-first session of the Conference of the Parties (COP 21) was ongoing in Paris on 30 November to 11 December, in both Kilolo and Lushoto districts, various stakeholders came together and established the district climate change learning alliances with the aim of sharing knowledge, strengthening capacity. and pooling synergies for influencing adoption of climate change policies, plans. and budgets in the districts.

Various partners spearheaded the establishment and launch of the Kilolo and Lushoto Learning Alliances. These included the Vice President’s Office, the Prime Minister´s Office Regional Administration and Local Government (PMO-RALG), the Ministry of Agriculture, Food Security and Cooperatives (MAFC), district officials, civil society, academia, private companies. and representatives from youth initiatives active in the districts. These partners were convened by PACCA, a CCAFS Flagship 4 project led by IITA and implemented in collaboration with CIAT, ILRI, ICRAF, Bioversity, Ministry of Agriculture and Cooperatives, and the Vice president’s Office.

“As stakeholders in Kilolo, we can devise our own means of adapting to climate change impacts without necessarily waiting for the news from Paris,” the District Commissioner of Kilolo stated, emphasizing the need for collective action in his opening remarks. 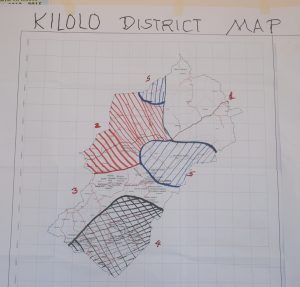 Studies done in Kilolo by CIAT indicated that differences exist within the districts on the soil status but most importantly the exchangeable cations are way below (3.4 on average) the acceptable productive values (average of 8.0). The study further indicates that there are differences in perceptions of men and women regarding organizations that disseminate information to the community.

Presentations from both districts on the status and progress in addressing climate change issues did not only indicate gaps in the planning, budgeting, and implementation processes, but that different agroecological zones exist within the districts. This was later used as a basis for planning and identification of baskets of Climate Smart Agriculture options that would be locally appropriate. 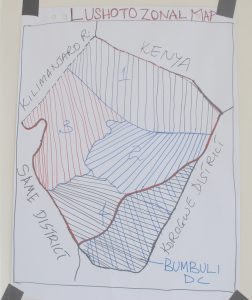 The two days of intense participatory work that occurred in each of the district resulted in the identification and description of different livelihood zones (five in Kilolo and four in Lushoto). Each zone reflected, among others, a characterization of priority sources of livelihood. For each of the priority enterprise, information was generated regarding gender and youth roles across the value chain, impacts of climate change, policy and cultural issues surrounding the enterprise, key intervening actors and their interventions, and tools used to promote adaptation and mitigation.

In her closing remarks, the Assistant Director for Economic and Productive Sectors at PMO–RALG, Lucy Ssendi, disclosed that Government has always looked for new, practical, and innovative ways to address climate change challenges and noted that the learning alliance is clearly one of those innovative ways that create a great opportunity for jointly acquiring solutions. She pledged support for the initiative both as a regional administration official and also as a member of the National Climate Change Learning Alliance.

With the first draft of the zonal investment plans ready, the next steps for the District Learning Alliances include the refinement of these plans, working towards prioritizing of the climate-change issues in the district development plans and budgets, in addition to creating strategic partnerships to foster climate change adaptation activities in the area.