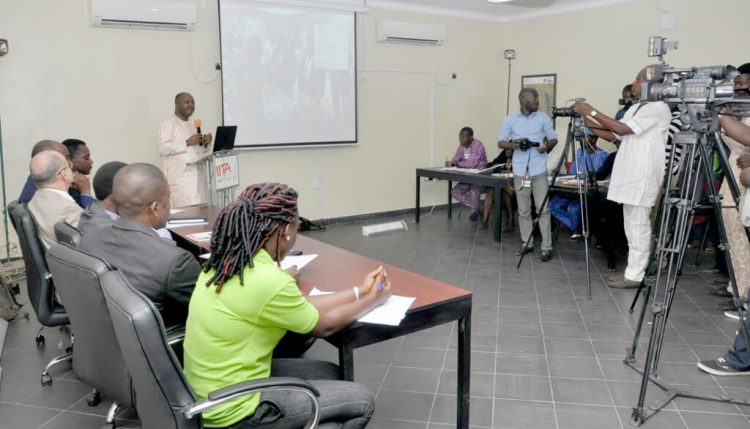 IITA and its partner, the Corporate Farmers International (CFIL), organized a press conference at IITA headquarters in Ibadan in December 2015 to announce plans for Nigeria’s first agribusiness television reality show. 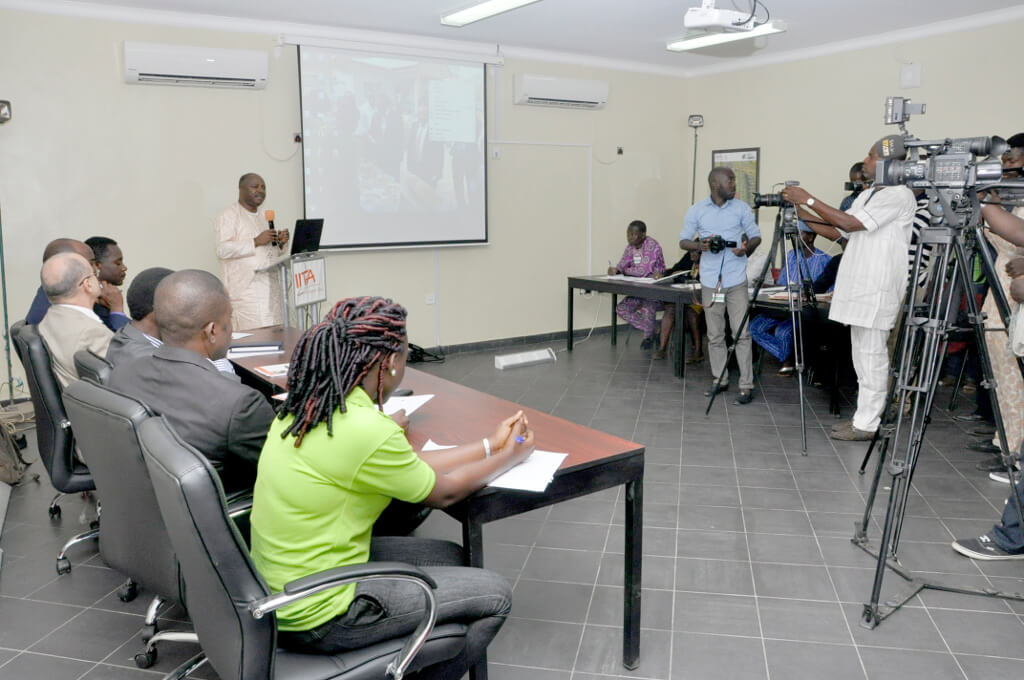 Dr Nteranya Sanginga speaks at the press conference in IITA.

The reality TV show aims to promote and attract youths to get actively involved in agriculture and agribusiness using the reality show platform as a means of engagement.

In his welcome address, Kenton Dashiell, IITA Deputy Director General, Partnerships and Capacity Development, said that the reality show will expose the various opportunities inherent in agriculture. He said that the right platform can help agriculture become a sector for development that will actively engage youth.

During his keynote address, IITA’s Director General, Nteranya Sanginga, said now is the time for everybody to embrace agriculture with the dwindling price of crude oil in Nigeria and other parts of the world. He said the best way to revive the agriculture sector is to actively involve the youth who have the techniques and skills to bring the needed change in the sector.

He added that IITA has experimented with this approach in the last three years and will not hesitate to support others who want to use the IITA model. 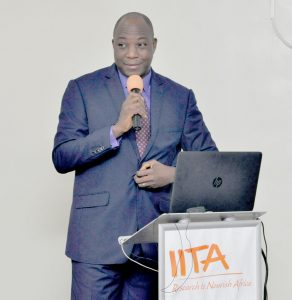 Boason Omofaye of CFIL explains the rationale behind the reality TV show.

The head of communication and strategy at CFIL, Boason Omofaye, said the show will provide answers to where and how to engage the youth in agriculture. He added that the concept of the show will attract the corporate world to invest in young farmers.

Also Seyi Ifelaja, an agribusiness consultant with CFIL, emphasized that the show will use the IITA Youth Agripreneurs as a case study for the show. The show is expected to commence within the premises of IITA in the second quarter of 2016. The winner of the first season will go home with a grand prize of about $25,000.