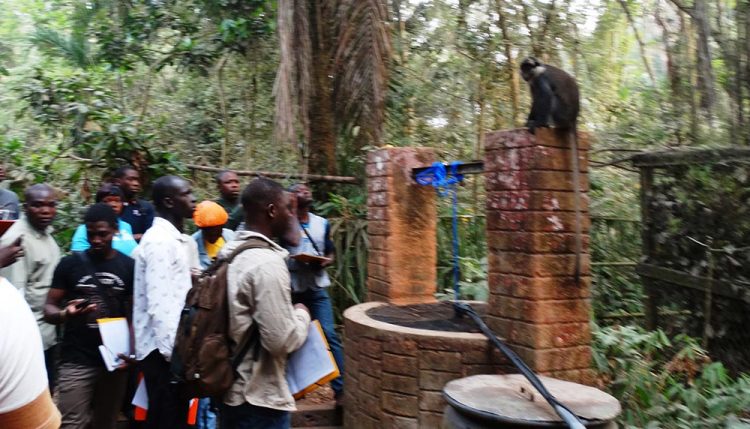 Reporting on the strategies employed in rehabilitating and conserving four rainforests in Benin and southwestern Nigeria, Deni Bown, Head, IITA Forest Unit; Peter Neuenschwander, IITA Benin; and partners from CREDI-ONG demonstrated that a combination of closed-off reserves, clear and secure land ownership, donor support, education for and engaging with locals as well as strong government involvement and legislation are key to preserving rainforests and reversing biodiversity loss even in highly populated areas. 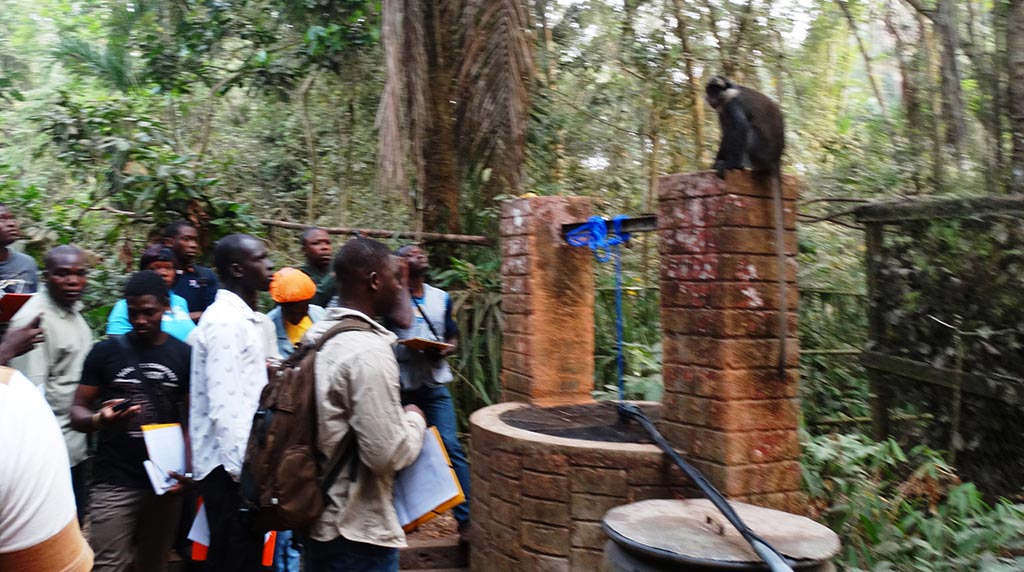 A big male red-belly holds court and protects his female and young, who sit in the trees above the well looking back at the trainees. 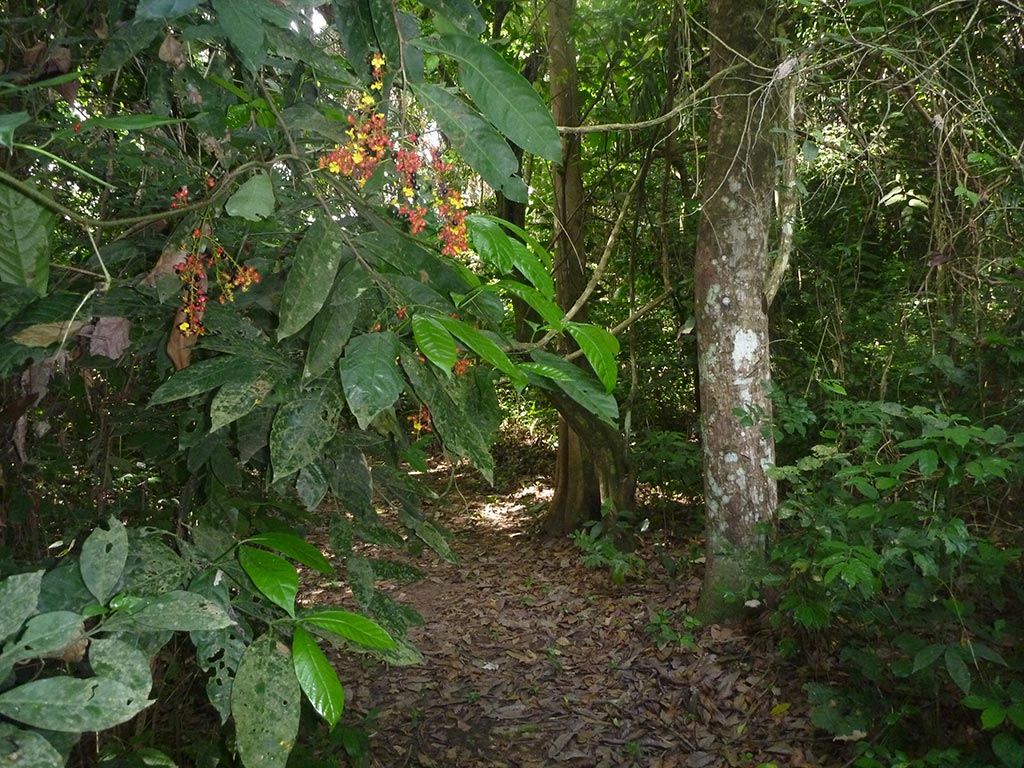 In southwestern Nigeria, rainforests are threatened by a dependent population oblivious to the necessity of preserving these natural resources. While in the Republic of Benin—part of the so-called Dahomey Gap—a meager 1% of the country is covered by rainforests which hold within them 64% of critically endangered plant species.

Conservation efforts on all four forests included decades of planting and nurturing thousands of trees and plantlets of different species, propagating native and non-native wildlife forms as well as guarding and restricting access to the reserves.

These measures have brought about an impressive resurgence in levels of biodiversity as well as enhanced protection for endemic and endangered plant and animal species—a very important development given that there are no national parks in southern Benin and southwestern Nigeria.

Hundreds of plant and animal species now flourish in all four forests. The reserve in Ibadan is recognized as a last refuge for endangered species such as the revered Iroko tree (Milicia excelsa), the majestic Pararistolochia goldieana, and the rare Ibadan malimbe (Malimbus ibadanensis); it was designated a globally Important Bird Area (IBA) by Bird Life International in 2002.

The Sanctuaire des Singes (The Monkey Sanctuary) of Drabo Gbo holds 50 out of the 100 species on the Benin Red List of endangered plant species. It also serves as a fertile breeding ground for the aesthetically pleasing, endemic, and critically endangered red-bellied monkey (Cercopithecus erythrogaster erythrogaster).

The Zinvié forest has fostered economic benefits for the village and boasts a mini zoo which attracts tourists while the Lanzron forest offers some measure of protection for the endangered Sitatunga.

Ensuring that the forests remain safe from wanton exploitation by locals who are largely poor, welded to traditional beliefs, and have a sense of entitlement to the forest resources is a very challenging and expensive task, said the report.

A combination of perimeter fence (Ibadan), community empowerment schemes (Zinvié), and deals with local religious cults (Drabo Gbo and Lanzron) serves to offer a measure of protection for the forests. But long-term protection will only be assured through education by stakeholders at all levels to foster a change in attitudes, promote appreciation for the benefits of conservation, and make clear the obligations of local populations and religious groups.