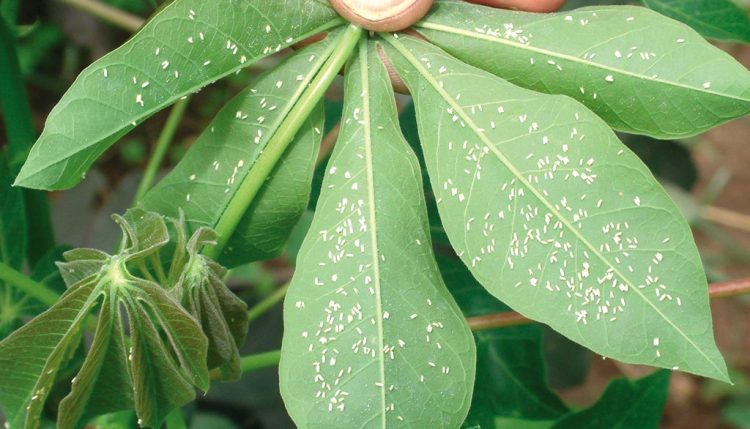 Researchers on one of the world’s most destructive agricultural pests, whitefly, converge in Arusha, Tanzania

The 2nd International Whitefly Symposium (IWS2) is taking place in Arusha, Tanzania, this week, 14-19 February. It has brought together more than a hundred scientists from all over the world to discuss one of the world’s most destructive agricultural pests, the whitefly. 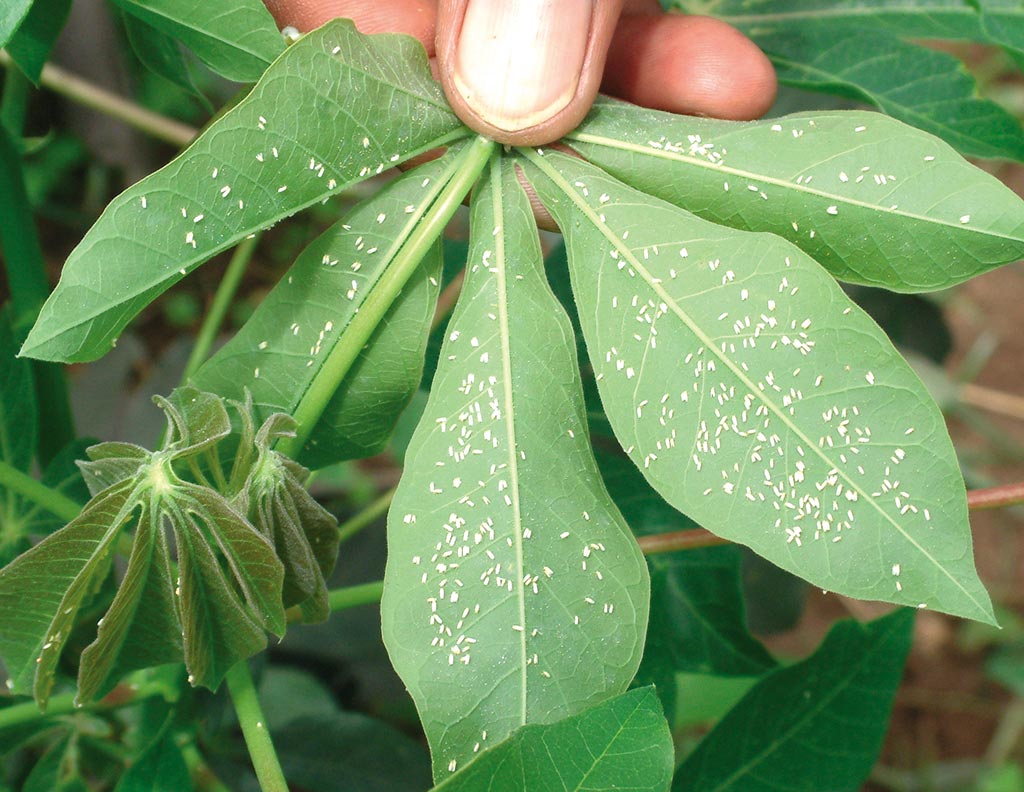 Large population of B. tabaci adults feeding on the underside of a young cassava leaf

In sub-Saharan Africa, whiteflies are a key threat to food security and efforts to reduce poverty in rural areas as they destroy and spread diseases in important crops of smallholder farmers such as vegetables, beans, cassava, cotton, and sweet potato. The whitefly is the driving force behind the twin cassava mosaic disease (CMD) and cassava brown streak disease (CBSD) pandemics that are currently ravaging cassava production in sub-Saharan Africa.

However, research on whitefly in the continent is inadequate. Apart from a lack of adequate funding, there are very few vector entomologists that could adequately manage the whitefly and associated problems. Therefore scientists from Africa and in particular Tanzania had an opportunity to learn from their colleagues from other countries such as the US, China, Europe, and Australia on new and innovative strategies to control the pest.

According to the meeting chair, Peter Sseruwagi, from the Mikocheni Agricultural Research Institute (MARI), it was important to bring the symposium to Africa as the continent is
currently grappling with how to feed its ever-increasing population in the face of the twin threats of shrinking agricultural land and climate change.

“This meeting brings together renowned whitefly researchers from over 24 countries, the private sector, and students to share and exchange the latest knowledge on the whitefly. They focused especially on CMD and CBSD, the two viral diseases spread by whiteflies and which have ravaged this key staple crop in sub-Saharan Africa,” Sseruwagi said.

The meeting’s co-chair, James Legg, from IITA, added that “Africa is currently struggling with a wave of new viral diseases that are limiting the productivity of the poor smallholder farmers, who are a majority of the population and are the main food producers. These farmers have limited resources to invest in inputs such as pesticides and herbicides. We need to find sustainable science-based solutions to support them in tackling these challenges.”

The symposium is co-organized by MARI and IITA with the University of Dar es Salaam, Commission for Science and Technology (COSTECH), and the National Agricultural Research Organization (NARO) of Uganda. It is supported by USAID, the USAID-funded Africa RISING initiative, and Zhejiang University, China.