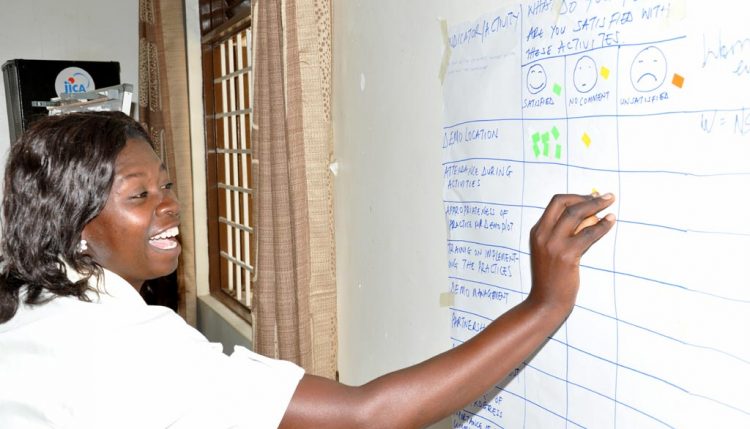 A project seeking to promote the adoption of locally appropriate climate-smart agriculture (CSA) in Uganda organized a farmers’ reflection workshop for sharing of information and experiences across various project sites, and to get feedback on the project’s on-farm demonstrations. The feedback will inform the planning for subsequent seasons. 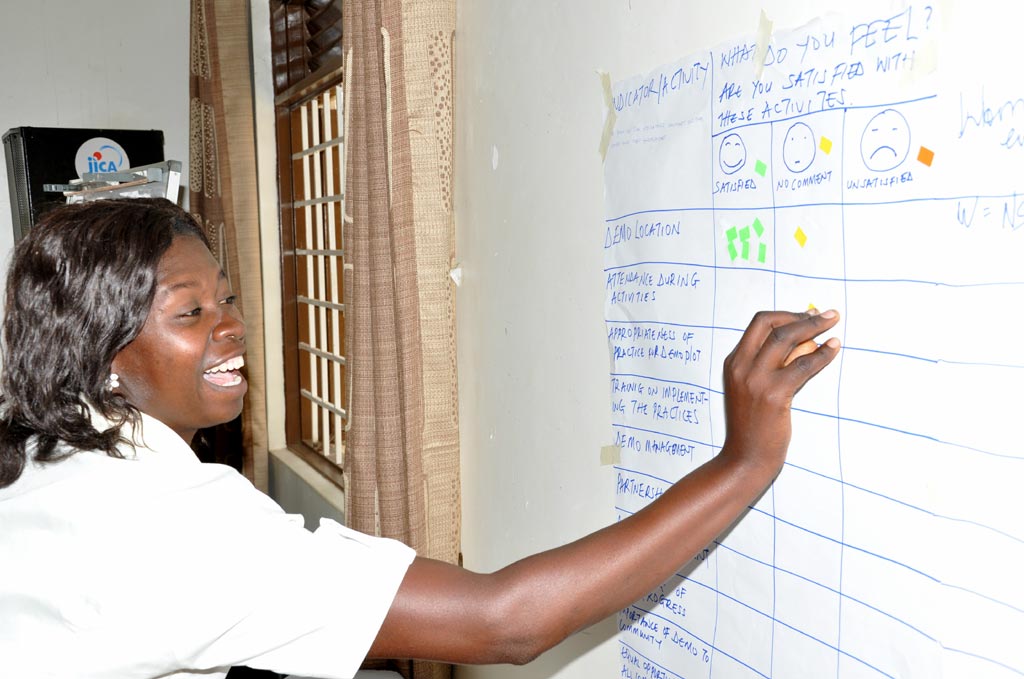 Farmers take part in an exercise to give their feedback on the CSA and demonstration farms.

On-farm  demonstrations  facilitate outscaling of practices among farmers through “learning by doing” and help to capture information about preferred CSA practices since farmers suggest their own training content.

The project applied the Climate Smart Agriculture Rapid Appraisal (CSA-RA) to prioritize CSA practices with stakeholders in Nwoya district. In August 2015, five on-farm demonstrations were set up in four subcounties to build on these efforts. IITA in partnership with CIAT organized a farmers’ reflection workshop on 2 February 2016 at Nwoya District Council Hall.

The feedback received on the demonstration sites was that location was found to be a major factor with farmers citing poor attendance due to long distance. Farmers also cited theft of crops, stray animals, pest and disease infestation, and time as barriers to demo success.

However, farmers were pleased with the training, which they said was helpful, and their involvement in decision making, because  the  facilitator  gave  them opportunities  to  choose  the  training content. As a result, they said, they had learned new practices and how to manage the demonstration plots.

Farmers consider their knowledge and skills in making decisions about whether or not to undertake a specific CSA practice. Therefore an important step in the adoption process is knowledge of a practice, which might not necessarily translate into actual uptake, as revealed by a study conducted by CIAT in Northern Uganda and Southern Agricultural Growth Corridor of Tanzania (SAGCOT). Farmers use indictors like yield, income, labor, cost, time, farm size, equipment, and inputs to prioritize CSA practices.