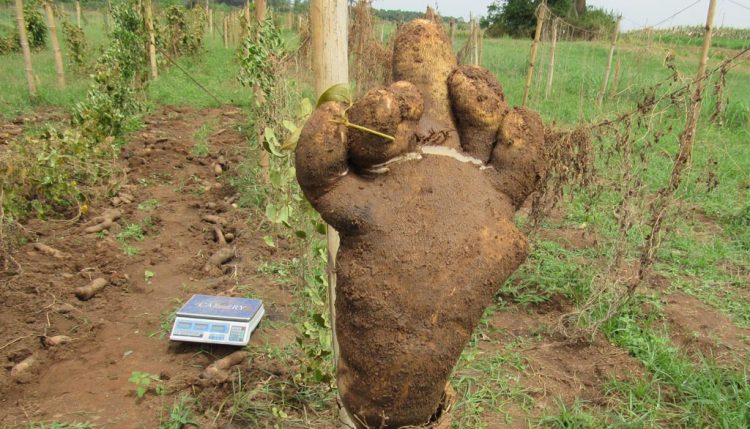 IITA initiated the aeroponics system (AS) in February 2013 as one of the high ratio propagation technologies for seed yam tuber production. After nearly three years of experimentation, it was discovered that the AS can generate three types of planting materials for seed yam propagation. These are the mini yam tubers harvested in AS boxes, the aerial tubers known as bulbils in both water yam and white yam varieties, and vine cuttings. 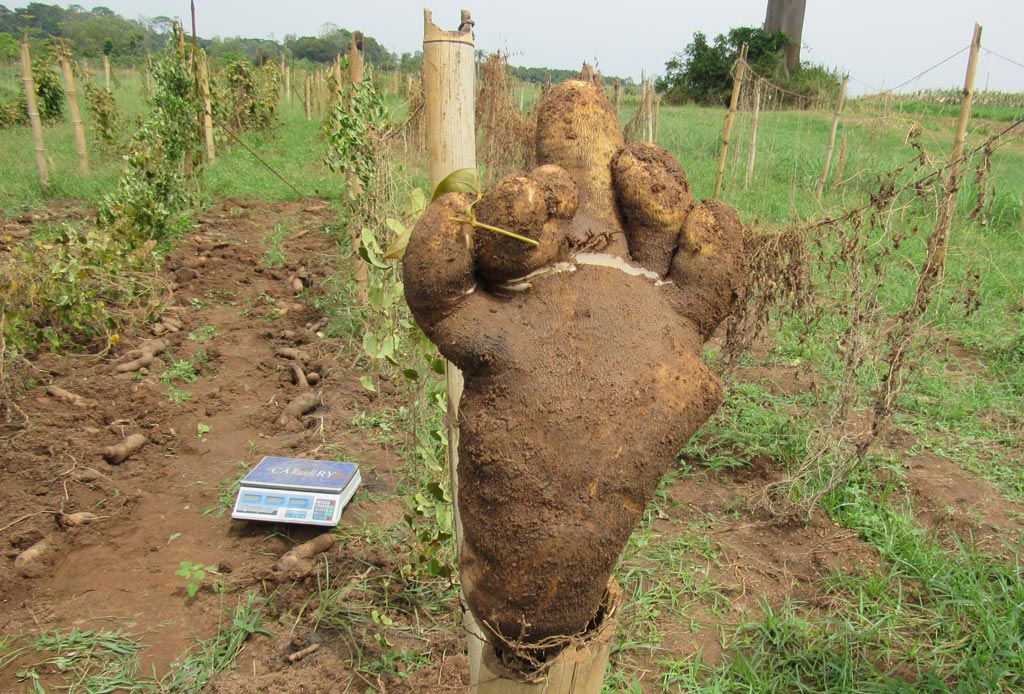 One ware yam tuber from plant issue of one node vine cutting weighing 3.2 kg with the shape of a human foot.

On average three tubers are harvested per plant on AS every 3 to 4 months. The water yam varieties were more prolific (up to 150 per plant) than the white yam (30 per plant for some varieties) in bulbil production. The abundant development of canopy in temporary immersion bioreactor (TIB) yam plants grown in AS has prompted the testing of rooting of vine cuttings. The results of these tests conducted in June and July 2015 showed that at 4 weeks almost all the vine cuttings planted in nursery bags had successfully rooted (98%) and more than 95% of the rooted vines had developed new shoots and grown into normal plants with new leaves. 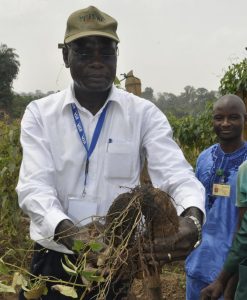 Two ware yam tubers of over 1 kg each harvested from one plant of one node vine cutting.