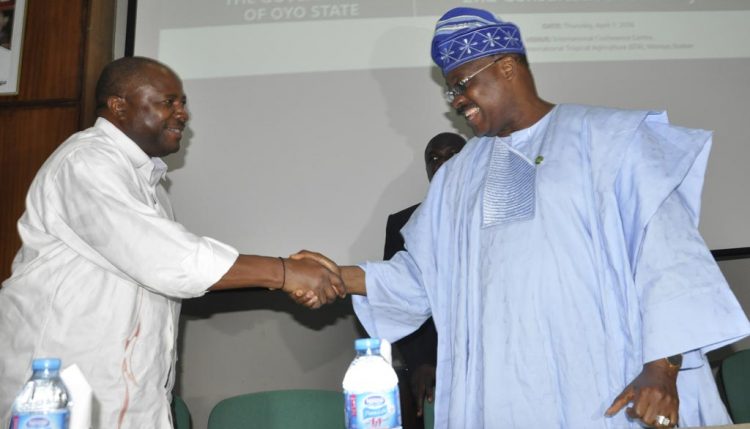 The Oyo state government held a consultative forum with major stakeholders in the agricultural sector yesterday at IITA. The meeting explored opportunities in the agriculture sector available to the state for implementation of the Oyo State Agricultural Initiative Programme (OYSAI). 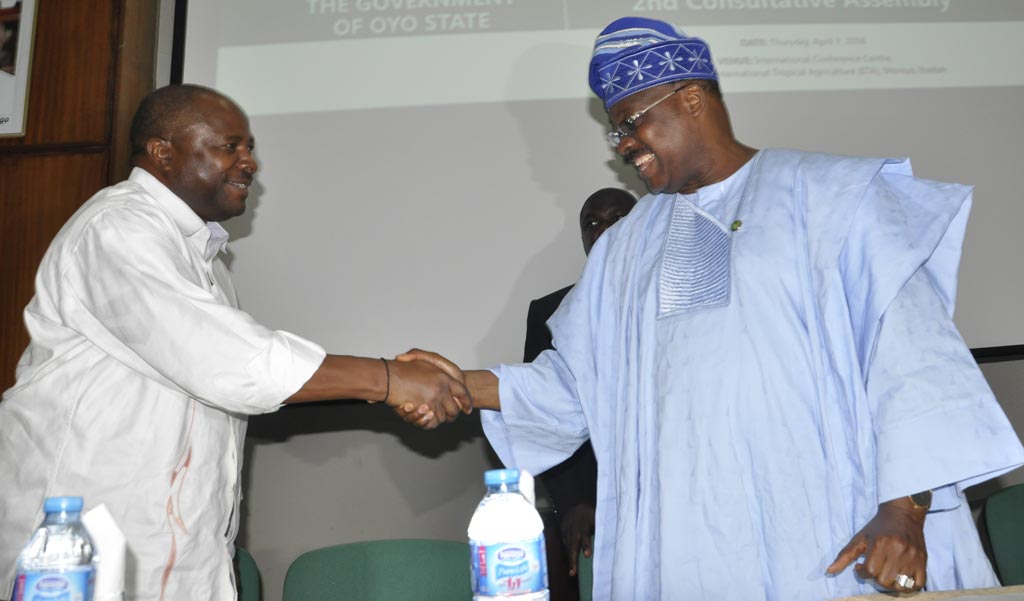 The government seeks to use the state’s comparative advantages notably land, knowledge, and human resources to reposition Oyo state as the food basket of the South West to generate income, jobs, and ensure food security in the region.

Despite the short notice, IITA Director General Nteranya Sanginga welcomed the guests to the Institute and set the tone for discussion highlighting the plight of rural communities, in particular the aging farming population as well as high youth unemployment in urban areas.

“… When you go to Fasola village, north of Oyo, you see only old people and small children–which you can observe all over Africa. You don’t find people between these ages. There is nobody to do agriculture. We need to start thinking seriously, In 10 years or in 15 years’ time, who is going to do agriculture? “ Sanginga said.

“We have a serious problem in Africa. The second point is, here at IITA we recruit casual workers to weed and plant crops on the field. We have about 300 hectares. Most of the people who come looking for a job are graduates with qualification in computer sciences, mass communication, or law; this is the trend in Nigeria, Congo, and all over Africa. That’s why you see our young people risking their lives to cross the Mediterranean Sea to go to Europe. So there is a contradiction in what we have been saying about the potential of agriculture in the world being in Africa. About 60% of arable land is in Africa but we have a young generation that is not interested in agriculture. At IITA we’ve designed a program showcasing youth in agriculture irrespective of what they have studied. We are changing the mindset of these young people and are training them to involve them in agriculture.” Sanginga added.

In his keynote address Senator Ajimobi also called for a “change of attitude” by the indigenes towards development and agriculture.

“During the initial years of the Republic of Nigeria, Oyo was regarded as the pace setter state even in agriculture, but that isn’t the case today. Coco House, once the tallest building in Nigeria, was built from the proceeds of cocoa. We need to reposition ourselves for that to be possible again. We need investors to establish businesses here to generate income for the state… the type of systems we find ourselves in impoverish us. The culture of entitlement needs to change for development to occur.” Senator Ajimobi said.

Representatives from research institutes, private organizations, government parastatals and agricultural associations presented on resources and potential opportunities ,and pledged to support the state in the implementation of the initiative.

After the forum, the governor called for the establishment of a committee that will meet regularly for implementation purposes.

“From what I have heard, a lot of varieties have been released. Communication between the institutes and the state needs to improve. We will need to include the research institutes in our forum to tell us what they have that is available for deployment. We need to make all the technologies, facilities, and schemes known to people who will use them,” Senator Ajimobi concluded.