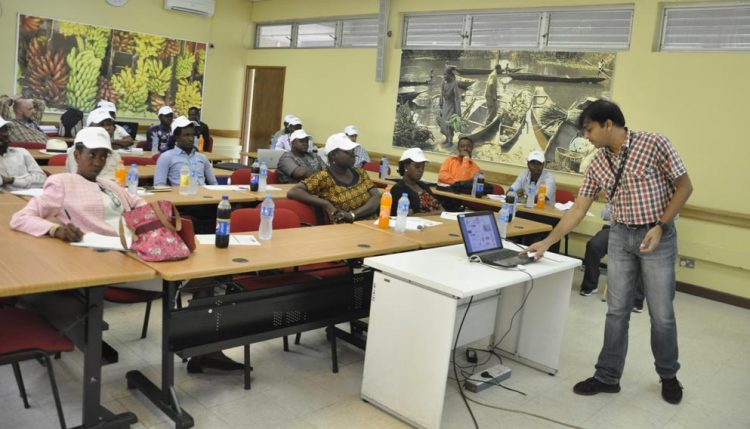 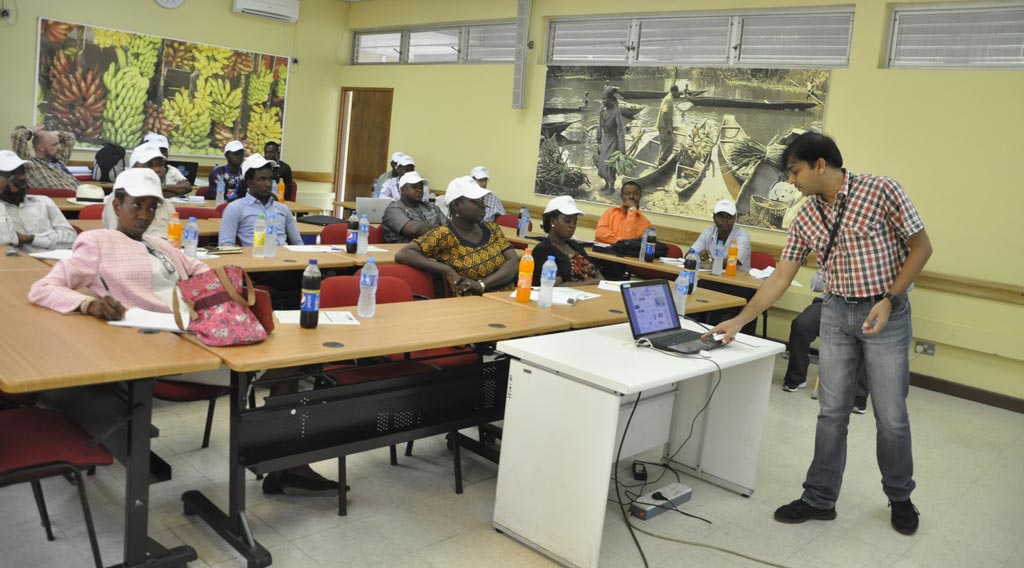 This interactive program—accessible through any internet-enabled devices—offers effective and economical solutions to the challenges in coordinating and communicating disease outbreaks in the fields and interception of pathogens and pathogens in the commodities exchanged between country borders. A particular focus of the CDS program is to monitor for cassava brown streak disease, which is ravaging cassava production in East Africa, but not yet present Nigeria.

“The ultimate aims of CDS-Nigeria are to protect cassava crops from CBSD and prevent it from establishing in Nigeria,” said Ogunfunmilayo, Head of the Postentry Quarantine Station of Nigerian Agricultural Quarantine Services (NAQS).

Surveillance and diagnostics play a vital role in identifying and eradicating destructive diseases. Left unchecked, the diseases expand and eventually become increasingly difficult to control. CDS aims to prevent these diseases by early diagnosis. The platform is a virtual network that enables rapid preliminary diagnosis of cassava disease by visual inspection of suspect specimens. Symptomatic specimens are submitted as digital images by internet-enabled devices. These images are immediately analyzed by a team of national and international experts. It also includes a coordination framework for regulatory action by NAQS to contain any threat identified in the field.

A one-day workshop, organized by IITA on 4 May, established the CDS program at NAQS’ Ibadan Post-entry station and trained resident staff on its application. In addition, a solar-powered workstation was supplied and installed at the station by IITA.

In the workshop, Robert Asiedu, R4D Director West Africa, cautioned against complacency against exotic threats such as CBSD. He highlighted the uniqueness of the CDS program and its potential to become the first line of defense in guarding against exotic disease threats.

Peter Kulakow, Head of the Cassava Breeding Unit at IITA, Ibadan, said that CDS complements ‘Cassava.base’ a dedicated cassava breeding and genomics resource. He said cassava breeders can play a significant role in monitoring and relaying any suspicious situation through CDS.

The CDS program also supports follow-up inspections and laboratory testing of suspect samples for accurate diagnosis and offers solutions for prevention and management. It is an open access platform managed by NAQS with IITA.

The NAQS team tested the platform in IITA cassava fields, as Busayo Ogunya, CDS web developer, walked the team through the application process. Feedback from the session included suggestions on a mobile app and a gallery-option that would curate previously analyzed symptoms. CDS will be nationally launched in July 2016.

“The partnership with NAQS on CDS is  important,” noted Oguntade Oluwole from the Germplasm Health Unit. “We work very closely with NAQS in ensuring compliance and are jointly working to develop effective capacity to institutionalize CDS,” he added.

As Africa battles with invasive pathogens, initiatives such as the CDS will play a significant role in preventing them from spreading and establishing in new geographic regions. On behalf of the NAQS Coordinating Director, Vincent Isegbe, Ogunfunmilayo thanked the CDS developing team of IITA and NAQS and assured rigorous pilot testing prior to national launch.