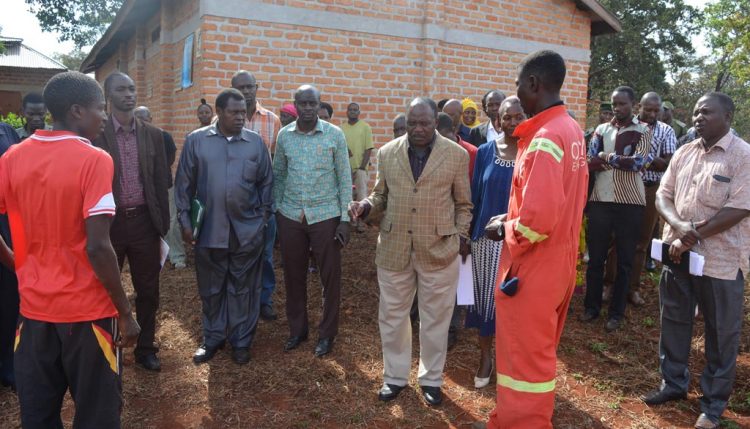 The newly appointed executives of Tanzanian Kigoma region, Brigadier General Emmanuel Maganga and Charles Pallangyo, visited one of the SARD-SC project sites in the Kibondo. About 105 officials from five districts of Kigoma Region were on the entourage of the executives who visited the Kibondo Big Power Group—a cassava farmers and processors’ group involved in SARD-SC project activities in the district. 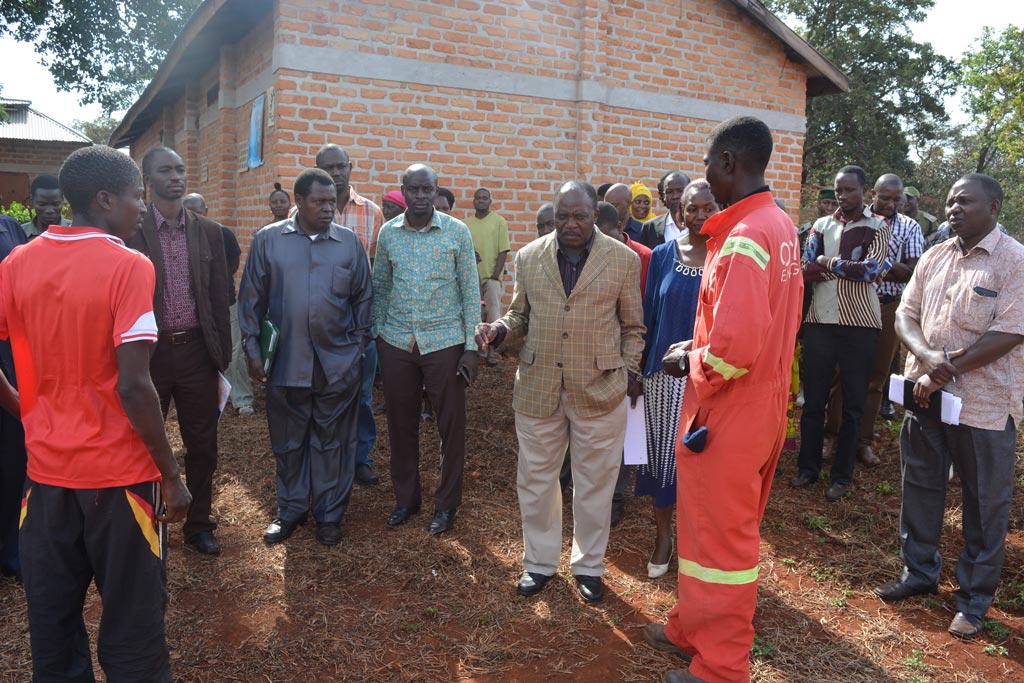 The chairperson of Kibondo Big Power Group, Kennedy Salundari, welcomed the visitors to the processing center, where they saw various processing equipment in operation. In his remarks, Salundari commended the project for improving the group’s processing facility as an initiative to reduce cassava postharvest losses. He said: “Apart from support in postharvest management, IITA/SARD-SC has also brought about a significant change in our farming methods by training us on good agronomic practices.” Salundari added that other farmers around the vicinity who were not the target beneficiaries have also benefited from their improved capacity as a result of the project. “Things have not remained the same but have changed for the better,” he added on behalf of fellow group members.

Thereafter, the Regional Commissioner, Brigadier Maganga and his delegation visited the project’s demo plots as well as a cassava farm owned by Kibondo Big Power Group.  In a discussion with the SARD-SC project representative, Hon. Maganga bemoaned the past incidents of food shortages in the region and said the situation has improved as a result of high cassava productivity.

Veronica Uzokwe, representing the project, explained that farmers are used to planting local varieties that are low yielding and succumb easily to major pests and diseases. She further explained that the advent of the SARD-SC project has helped to address this challenge by promoting the use of improved varieties in collaboration with Lake Zone Agricultural Research and Development Institute (LZARDI). These varieties have high yield potential and are resistant to diseases.

The Regional Commissioner said: “I am very impressed with what SARD-SC has done in Kigoma Region. This is what is expected from all other projects. The beneficiaries/farmers should be guided on how to sustain their activities even when the project ends.’’ He also instructed the Regional Agricultural Officer to find out how the local farmers in the region could have access to planting material of improved varieties.

‘’I am really impressed that farmers have learnt to manage the fields very well as we all see in this farm. It should be noted that the aim of all this is to improve the living standards of the people of Kigoma and SARD-SC has my full support. You are welcome in my office at any time.’’

IITA family gears up for its 50th anniversary celebrations