IITA researchers working on climate change were among the scientists gathered in Galway, Ireland for an international conference on Climate Change, Agriculture and Food Security—Where is the cutting edge?

The conference was jointly organized by the National University of Ireland Galway (NUI Galway) and the CGIAR Research Program on Climate Change, Agriculture and Food Security (CCAFS) on 24 April in Galway, Ireland.

The conference brought together some of the world’s leading experts in agricultural, climate, agro-environmental, economic and social sciences to identify and address the most important interactions, synergies, and trade-offs between climate change and agriculture. 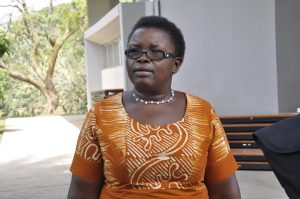 Edidah Ampaire, Project Coordinator of the Policy Action for Climate Change Adaptation (PACCA) based at IITA Uganda, presented on the project’s experience of influencing the development of climate resilient policies in the agriculture and natural resource sectors using the guided policy planning approach. She said this ensures that climate change issues, especially in relation to food security, are adequately addressed.

Ampaire said future scenarios were used to address constraints identified in agriculture and environmental policy formulation and implementation at both national and local levels. These included insufficient integration of climate change issues in the policies, poor harmonization and coordination, lack of evidence to inform policies, limited capacity and capacity building, and focusing only on short-term impacts of climate change, among others. 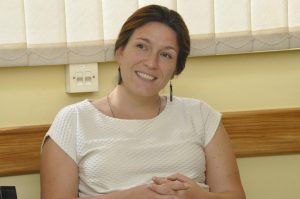 Laurence Jassogne, Systems Agronomist and Country Representative for IITA-Uganda, was also at the conference and was interviewed in a Hardtalk by CCAFS Flagship Leader on emissions, Lini Willenberg.

The interview focused on the feasibility of mitigating climate change through sequestering more carbon in soils. This is based on the French-led initiative (4p1000) that was launched at COP 22 in Morocco, with the goal of engaging stakeholders in a transition towards a productive resilient agriculture based on sustainable soil management and generating jobs and incomes, hence ensuring sustainable development.

These scientists have also recently published findings of a new study on the gender gap in Tanzania and Uganda climate policies. The full articles are available here and here.