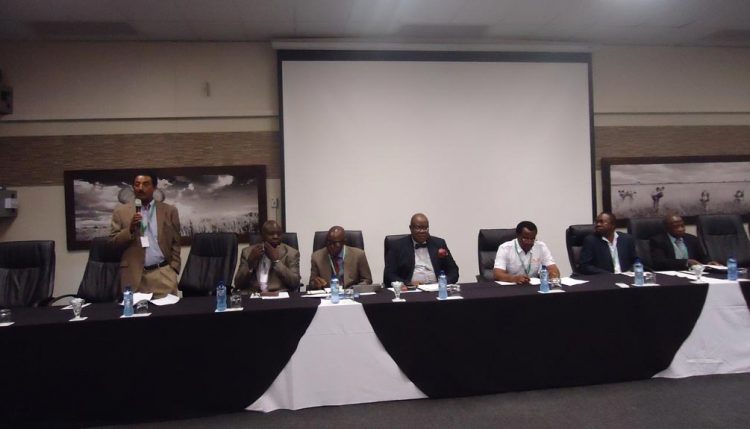 The SARD-SC maize conference, held in Livingstone, Zambia, 14—20 May, was a valuable opportunity for the maize project and its partners to interact with other stakeholders from Zambia, Nigeria, and Africa in general, to share key issues pertaining to maize value chain development, technology generation, and dissemination. 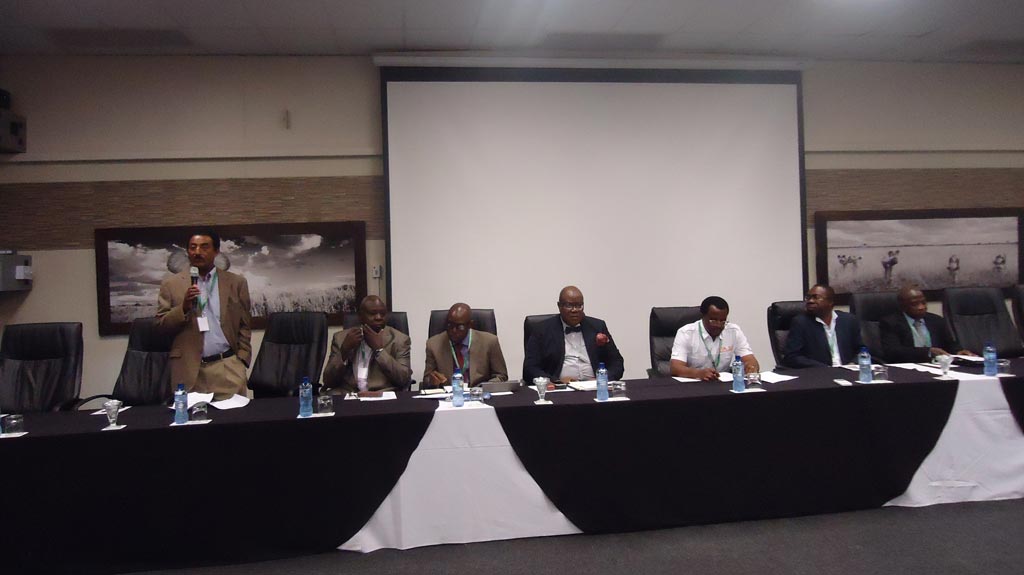 IITA Maize Breeder Abebe Menkir with other members of the high table.

In his opening remarks, David Chikoye, Director of the southern Africa hub, enumerated key achievements of IITA but raised a pertinent challenge that may be an obstacle to achieving the impact of maize in Africa as a result of aging farmers, subsistence farming, and lack of mechanization.

Chrys Akem, SARD-SC project coordinator, lauded the institutional collaboration the project enjoyed with its partners, AfricaRice and ICARDA, which was responsible for the success of the maize value chain and other projects as well. “It has been a challenging four-year period and the maize team has come along very strongly.”

The Zambia Minister of Agriculture, represented by Sinmu Choba, Permanent Secretary of the Ministry, said the conference theme reaffirmed the importance of maize to the economy and food security of many African countries. Maize farming is mainly done by small-scale farmers. He called on researchers in the maize sector to find answers aimed at enhancing adoption of improved seed varieties and technologies, among others.

Private sector participation in the conference cut across the banking sector in Nigeria and Zambia, such as Innovare; farming equipment leasing outfits, big conglomerates like Flour Mills of Nigeria, Babban Gona, a commercial farm growth developer, in Kaduna and Kano, Nigeria, that works with thousands of smallholder farmers, linking them to sustainable output markets while increasing their productivity. The participation of private sector actors infused the discussions with a valuable business perspective that could help to achieve greater impact on maize in Africa.

Segun Falade, Head, Agro Inputs, Agro Allied Division, FMN, spoke of the need for partnership with both commercial farmers and smallholder farmers to serve as outgrowers as sources of raw materials for his organization to reduce importation. The First City Monument Bank, (FCMB) Nigeria, was represented by Olushola Obikanye. He spoke of the opportunities open to farmers to borrow money at 9% interest rate, based on the bank’s working model which identifies aggregators with their growers and as primary obligors. Similar sentiments and observations were expressed by Arundel Sakala, Standard Quality Coordinator of the Zambia Food Reserve Agency that stressed the need for aggregation as a means to getting a steady supply of maize for food and industrial uses in Zambia, thus creating a guaranteed output market; Zanaco, represented by Chali Mwefyeni, Head, Food and Agriculture Banking presented and discussed financial products tailored to the needs of the different categories of farmers in the farming business.

Ajala, the convener of the conference, was happy with the involvement of the private sector: “Each came with a special interest and focus; there were those in the value chain development business, inputs distribution, equipment leasing, and end-users. There was an aggregation of people that had a role to play to increase maize productivity.”