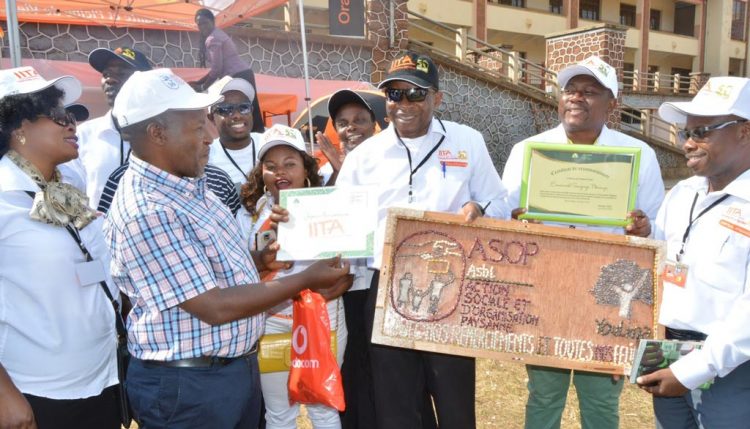 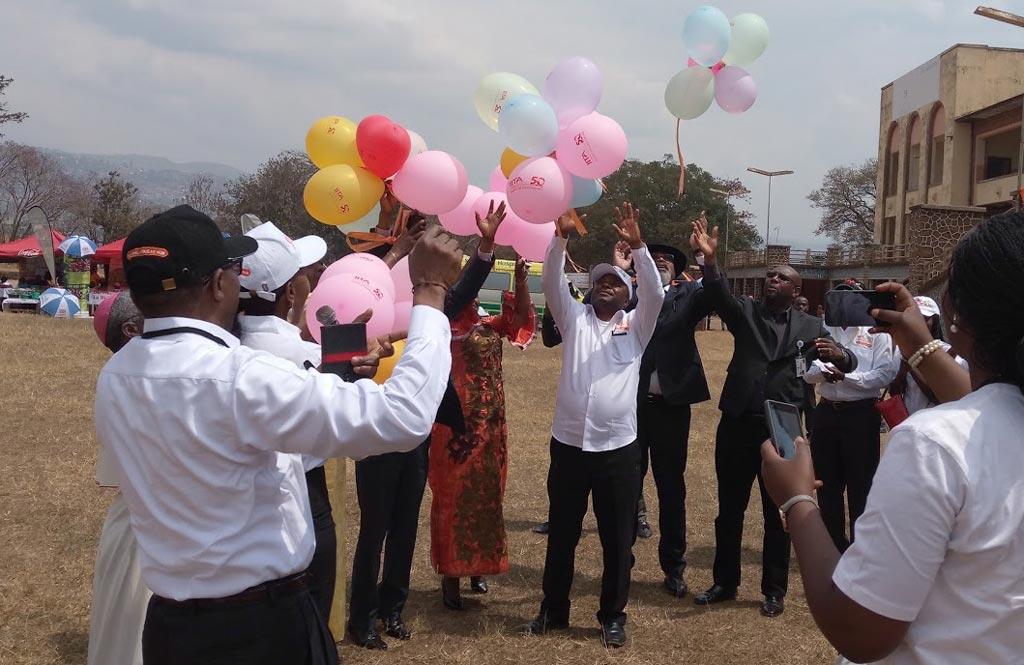 Colorful balloons were released into the sky to set the golden jubiliee celebrations in motion.

Many of the corporate bodies and development partners mounted exhibition booths to share information on their collaborative efforts with IITA to promote youth-led agri-enterprises.

In his opening remarks, the Officer-in-Charge (OiC) IITA Station in Kalambo, Chris Okafor, extolled the contributions of IITA towards improving the lives of smallholder farmers in sub-Saharan Africa. Okafor commended the organization’s leadership for broadening its focus and making the youth agenda mainstream.

“For the past five years IITA has directed its attention towards mobilizing and directing the youths’ energy towards agri-enterprises, an innovation that is now spreading to many African countries.” said Okafor. 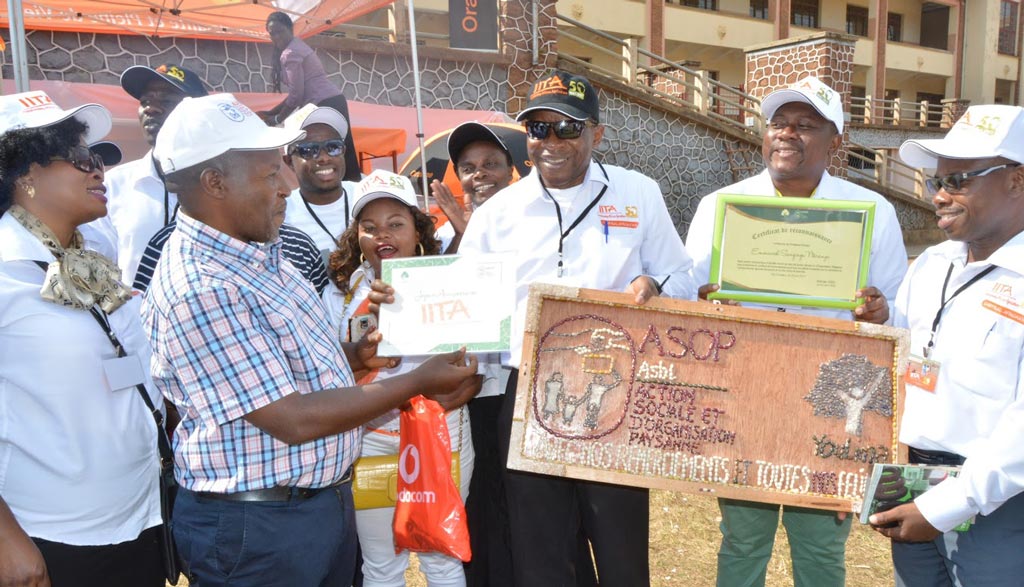 Chris Okafor, OiC, IITA in Kalambo accepts an award on behalf of IITA at the ceremony.

Addressing the audience on behalf of the South Kivu Governor, the Provincial Minister of Agriculture and Rural Development, Adolphine Muleyi, said that the IITA-youth agripreneur initiative is a valuable idea for agricultural development and needs to be supported by all stakeholders.

“On this date of the 50th anniversary of IITA, we ask the South Kivu population to encourage the young generation to invest their capital asset and knowledge in agricultural entrepreneurship for the well-being of all the entire population of the Province,” she added.

Archbishop Maroy, expressed hope that the IITA Youth Agripreneur initiative will stimulate other youths to engage in agri-enterprises.

In his press interview, DG Sanginga remarked: “My greatest satisfaction today is to see all these young people who are engaged in agribusinesses. I think they have chosen the best way to assure their future,” he said.

After a tour of the exhibition booths, prizes were given to the three best exhibitors selected by a panel. The celebration ended with a party at Hotel Residence, Bukavu. 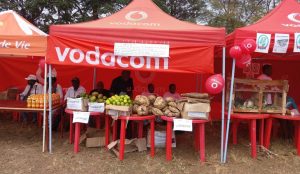 An array of agricultural products finished and fresh were displayed during the celebrations.

Staff, scientists, partners, and friends of IITA in Bukavu had a great time during the celebrations in Kalambo. 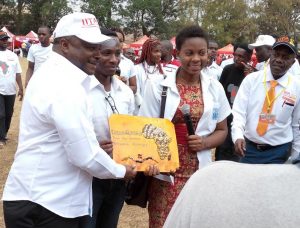 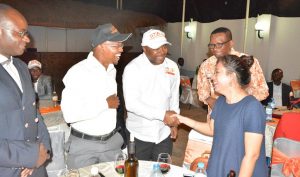 DG Sanginga accompanied by Chris Okafor OiC, went round welcoming all to the event. 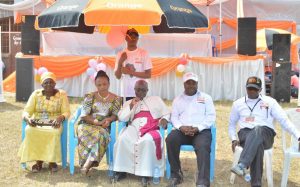 IITA at 50IITA News no. 2391 (Special edition) - Highlights of IITA50 celebration in the Central Africa hub