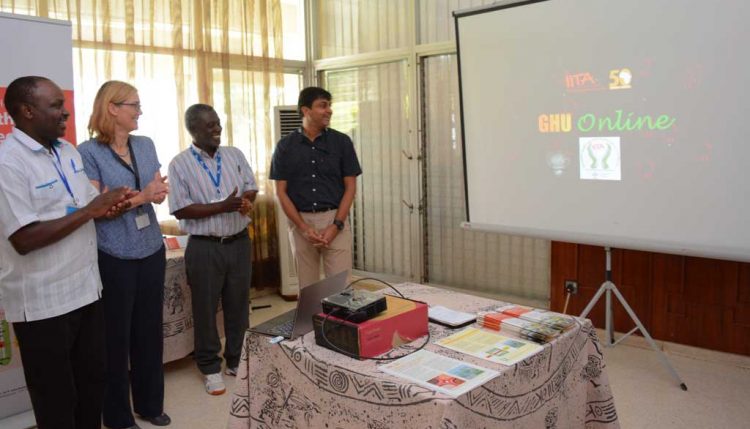 The newly launched online software will serve as a single access point to various services, simplifying the service request procedure, allowing users to manage the data, including uploading and downloading data files. It provides real time progress monitoring at various stages and enhances overall operational efficiency. The online tool was developed using the Liferay
Portal (open source software) jointly by GHU and the IT Unit of the Data and Information Management Unit (DIMU). It is accessible to all IITA users in all the stations/regions using the existing user login and password. 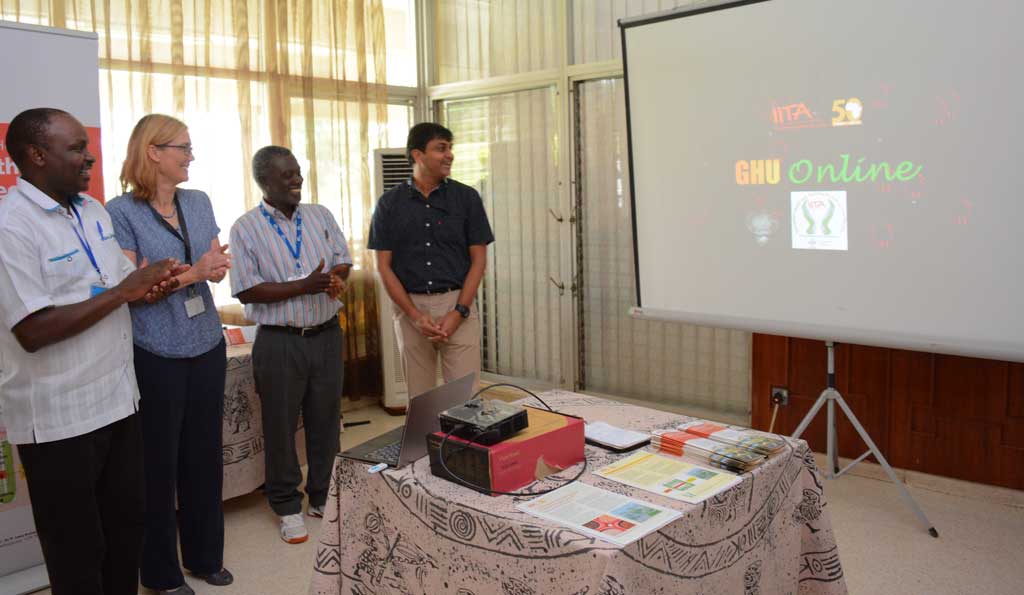 Koper said “This online system will improve operational efficiency and reduce service costs. I am pleased to inform you that all support service units are also moving in a similar direction.”

While encouraging the efforts of GHU in developing the software, Omwansa said, “This technology was developed internally. It is actually timely and in the context of Research Support, we are looking for how to support the broader institutional agenda.”

“This platform is an excellent advancement that will facilitate and significantly raise the efficiency of our interaction with users of GHU services,” said Asiedu.

Concurring, Michael Abberton, IITA focal point of the CGIAR Genebank Platform, added: “This is a good step forward; IITA is a center of excellence for germplasm health in CGIAR. This development has been copied by other centers; some developments have been brought in by Lava Kumar, who has been leading the GHU module in the CGIAR system; we have respect for the work that he is doing. The Genetic Resources Center (GRC) works very closely with GHU.” 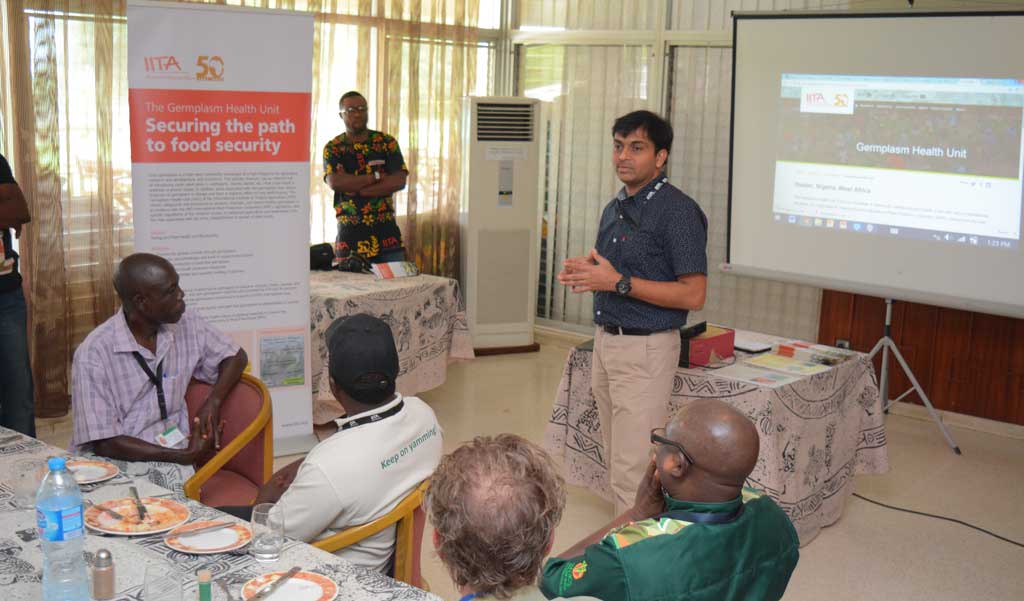 Lava Kumar introducing a new platform that is expected to enhance transactional efficiencies.

“Our next step is to link it to the Nigerian Agricultural Quarantine Service (NAQS) system; they would have access to the platform, streamlining documentation processing, which will help reduce transaction time and costs. IITA has the potential to develop programs like this in-house; it is very simple. We will organize user training courses to adopt this easy-to-use system,” stated Lava Kumar, GHU Head, as he laid down the steps towards moving the online platform forward. He also thanked Kenneth Oraegbunam who programmed the online platform.

GHU is responsible for ensuring phytosanitary compliance in line with various national and international (IPPC) standards during the movement of biological materials, primarily germplasm of clonal and seed crops of IITA held in GRC, as well as from the breeding programs of IITA’s mandate crops. This process requires facilitation of import and export (phytosanitary certificate) permits, production of virus-free germplasm, active growth stage inspection, seed health testing to ascertain germplasm freedom from the regulated quarantine pests and pathogens, seed treatment, and post-entry inspection. GHU’s core business has been to offer these functions to IITA researchers as “research services on demand”.

The GHU Online is accessible with IITA login and user name at http://ghu.iita.org/ghu.

Capacity of youth in agribusiness gets a boost