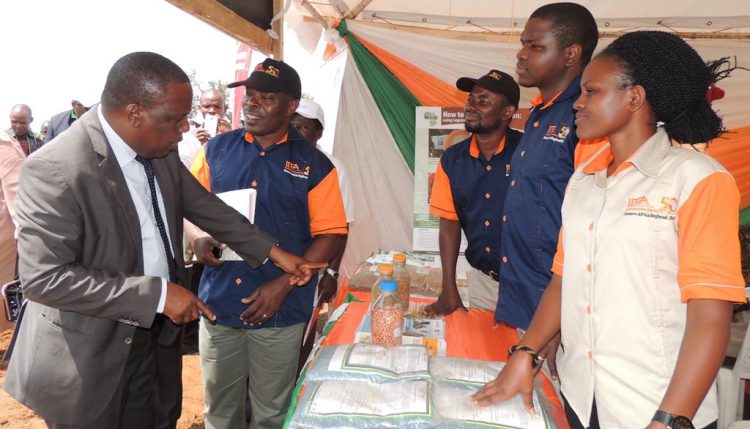 The Deputy Minister for Agriculture in Tanzania, Dr Mary Mwanjelwa, expressed appreciation for the efforts of IITA to develop the agriculture sector in Tanzania. These interventions include developing innovative technologies to increase production such as improved varieties, to add value to agricultural commodities, and to reduce postharvest losses. 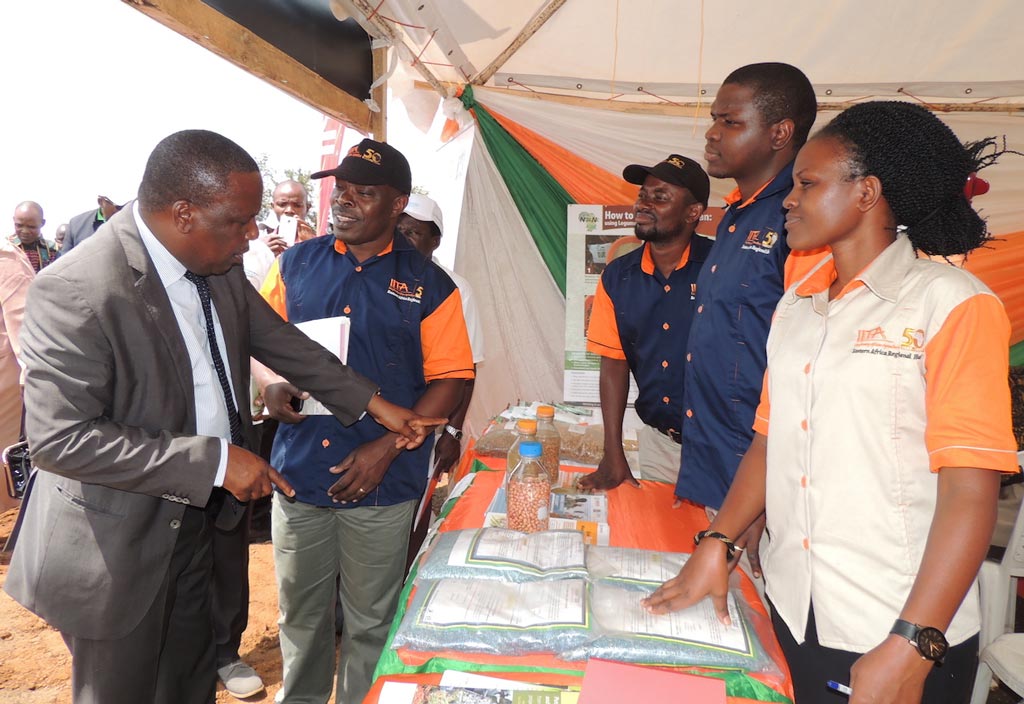 Mwanjela was particularly impressed by ongoing efforts to control aflatoxin and reduce its negative impact on health and trade through the innovative biocontrol product aflasafeTZ and assured the Institute of the government’s support in the registration in the country.

The Minister said this when she visited the IITA booth during the week-long national World Food Day celebrations in Tanzania. She further urged the Institute to step up efforts in educating communities about aflatoxins and ensuring aflasafeTZ is accessible and available to farmers.

World Food Day is celebrated every year on 16 October in honor of the date of the founding of the Food and Agriculture Organization (FAO) of the United Nations in 1945. This year’s theme was “Change the future of migration: Invest in food security and rural development” and Tanzania celebrated in Geita, northern Tanzania.

GHU highlights the impact of CGIAR on germplasm conservation and distribution