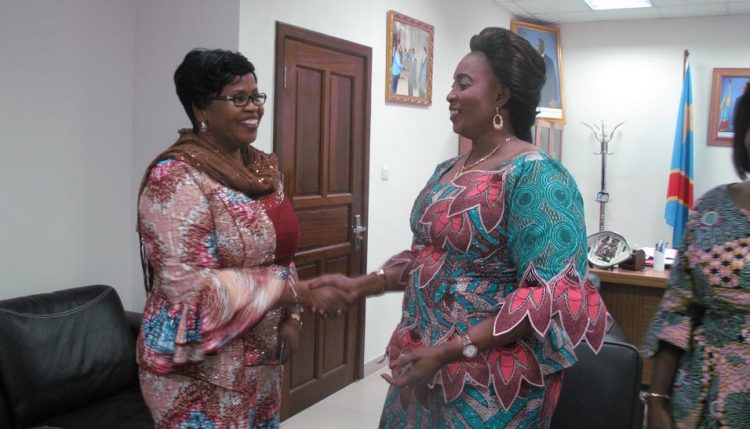 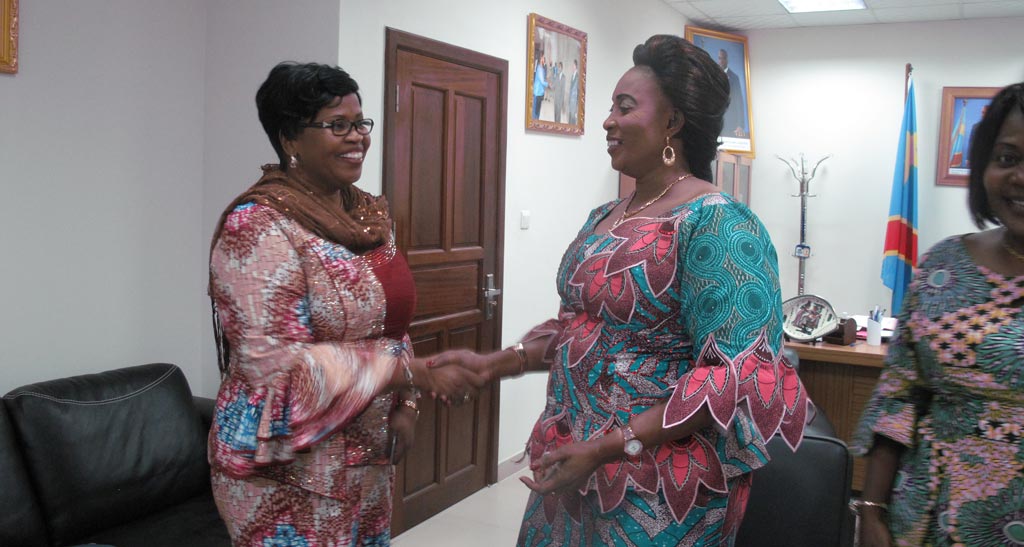 Mrs Sanginga spoke briefly about IITA and its activities in the DRC. She explained about the IITA Women’s Group’s primary mission, which is the support and fulfillment of women and children not only of IITA but also of its partners and communities involving IITA. She explained that DRC has benefited from nine scholarships granted to the children of IITA staff who are now attending high school and university.

Her Excellency Minister Safou, in her response, hailed this IITA initiative and encouraged IITA Women’s Group members to be more involved in activities for the well-being of Congolese communities.