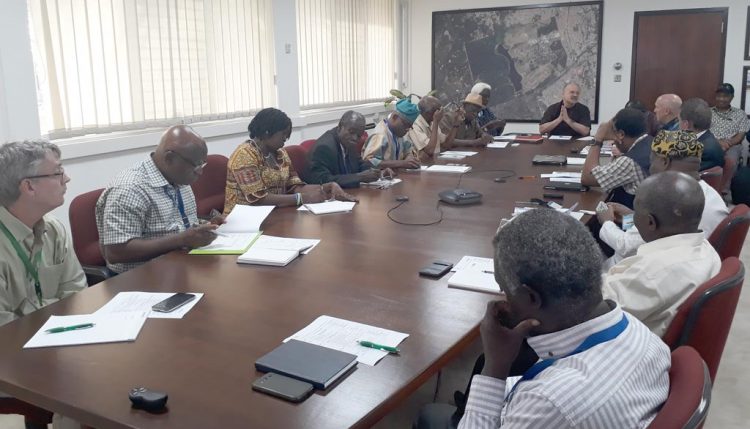 The think-tank, which comprises private sector players in Nigeria’s agricultural value chain, led by its Vice president, Emmanuel Ijewere, paid a visit to IITA on 19 February to explore areas of possible collaboration with the Institute. 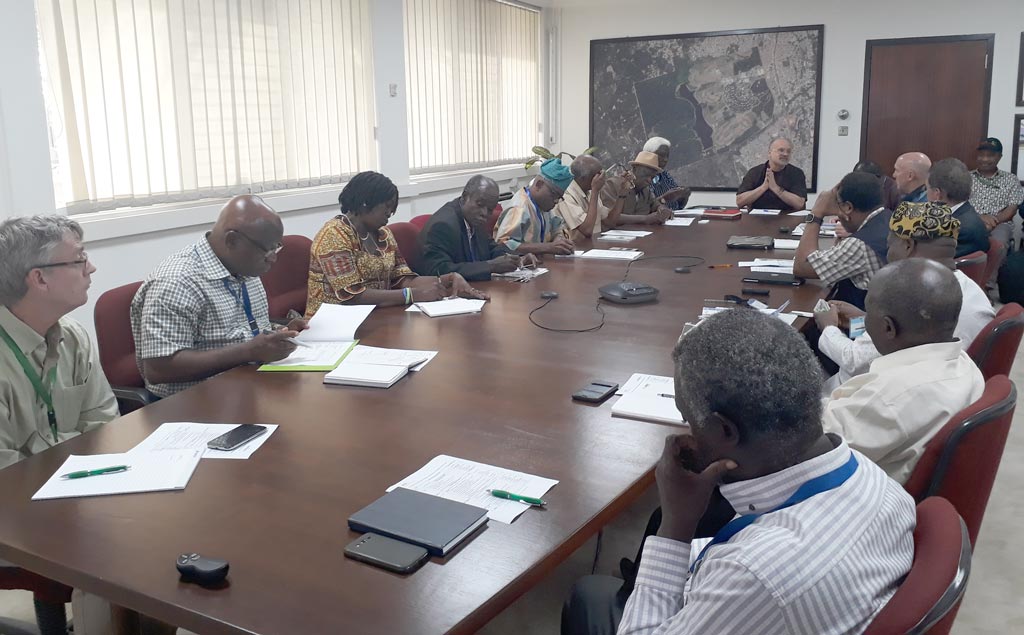 The team was excited over the many innovations that have been developed by researchers in IITA ranging from improved seeds that could more than double farmers’ productivity, to technologies that control weeds and double the yield of cassava, to simple processing machines that add value to crops such as cowpea, cassava, and yam. Other technologies such as inoculum production, which raises the productivity of soybean by about 20 percent, and Aflasafe—a biological control product for managing aflatoxins—were also explored. The semi-autotrophic hydroponics which is being used to produce thousands of clean seeds of clonal crops such as cassava and yam, and the yam aeroponics—a system of growing clean seed yam in the air—were also well received by the group.

After a series of presentations by IITA researchers and a tour of the 1000-hectare research facility, Ijewere remarked, “The visit to IITA was an eye opener.”

“Yes, we knew that IITA was doing some things, but little did we realize the extent and depth of what they have done… how far they have gone, and how relevant they have become to Nigeria’s agriculture future,” he added.

In the last 7 years, IITA under the leadership of Dr Nteranya Sanginga, has refreshed its strategy emphasizing not only research but also partnership building, delivery, commercialization of technologies and dissemination of innovations, and youth in agribusiness.

Ijewere said the NABG would work with IITA to see how the research outputs of the Institute in the last 50 years could be “translated to money in the bank for resource-poor farmers.”

The President of NABG, Mr Sani Dangote, who is also Vice President of the Dangote Group said, “What we saw here (in IITA) is amazing.”

Dangote, who was represented by Baba Girma said, “I never thought we had this in Nigeria. Before, we thought IITA was only about research but what we saw today shows opportunities that can bring synergy between what IITA is doing and the private sector.”

Earlier, the Deputy Director General, Partnerships for Delivery, Kenton Dashiell, reiterated IITA’s commitment to work with the private sector with the goal of improving the livelihoods of millions of farmers in Africa.

The convener of the meeting, Alfred Dixon, Director for Development and Delivery at IITA, said IITA was glad for the exploratory visit by NABG, and was willing to join forces with the group towards eliminating poverty and hunger in Nigeria.

Dixon said the decision to work with NABG and other partners was aimed at paving the way for the rapid delivery of IITA-developed technologies.

Food security: The balance of quantity, nutrition, and safety