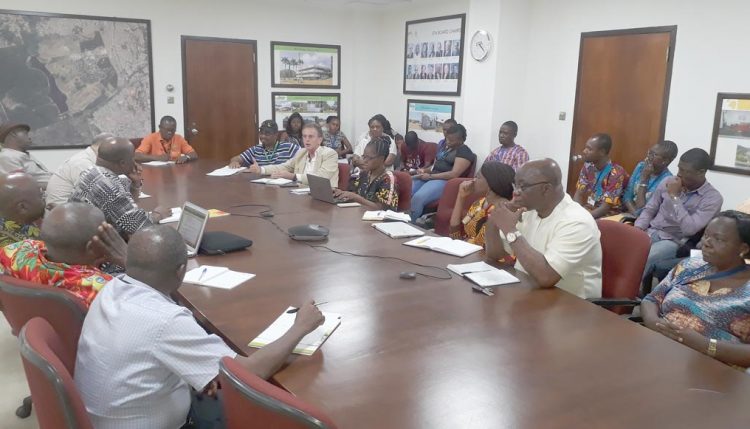 DG Sanginga sees P4D as the next driver of IITA growth

On 2 March, IITA Director General, Dr Nteranya Sanginga shared his vison for the Institute for the next 3 years, noting that the new drivers of IITA’s growth are projects with development and delivery components. The meeting was attended by Ibadan-based staff of the Partnership for Delivery (P4D) directorate. Sanginga said the creation of the P4D directorate was not for show but in response to changing donor demands and the desire of IITA to catalyze and facilitate the process of agricultural transformation in Africa. 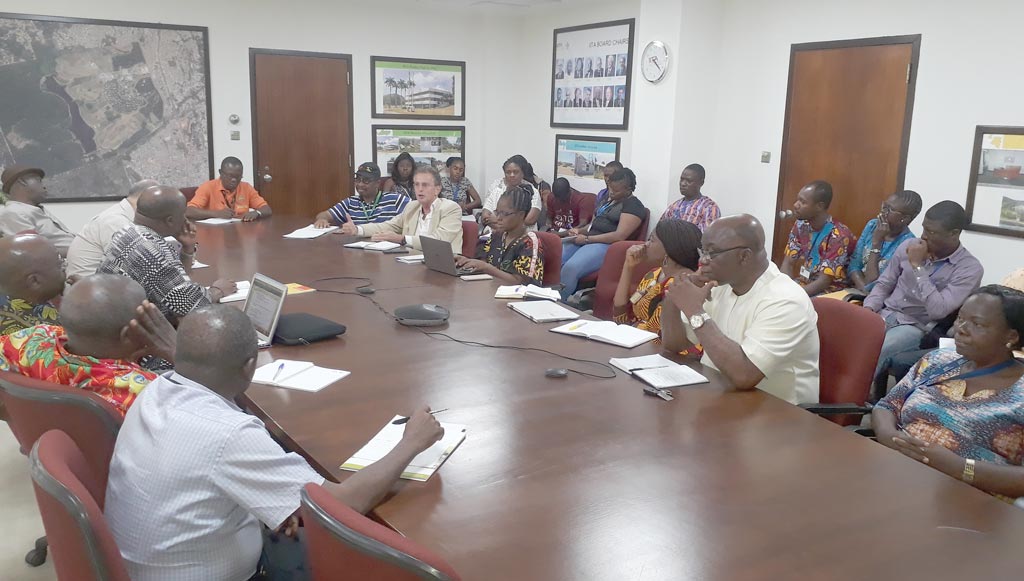 “Initially, most centers mocked us and some even said we were becoming more of an NGO and not a research institute, but today everyone is doing what we have done,” he explained.

While confirming that IITA had made a lot of breakthroughs in terms of research, Dr Sanginga said it was high time we translate such outputs to massive and widespread impact at the farm level.

He underscored the need to create impact at scale, stressing that the days of reaching a few farmers and celebrating were over.

“We must create the necessary framework that will help us reach millions of farmers,” he added.

While commending the efforts of the P4D directorate in driving the vision of IITA, Sanginga observed that the directorate needed to do more in creating increased visibility for its activities. He called for the creation and reinforcement of the P4D identity.

According to him, such an approach will attract more funding to the Institute and help in providing the necessary resources that will bring about African agricultural transformation.

He pledged the commitment of the directorate to work towards the realization of the goals of the Institute as encapsulated in the 2020 strategy.

The Leader for the TAAT Clearinghouse, Dr Mpoko Bokanga, thanked the DG for sharing his vision and plans for transformation with members of the P4D directorate.

He called for aggressive communication of the Institute’s research outputs and outcomes, noting that it was a criterion for adoption and the transformation of African agriculture.