As a return visit by an IITA-Benin team, a delegation from the Université Nationale d’Agriculture (UNA) Benin, visited the Institute on 6 March, to familiarize themselves with the activities of the Institute, exchange ideas, and discuss possible areas of collaboration. 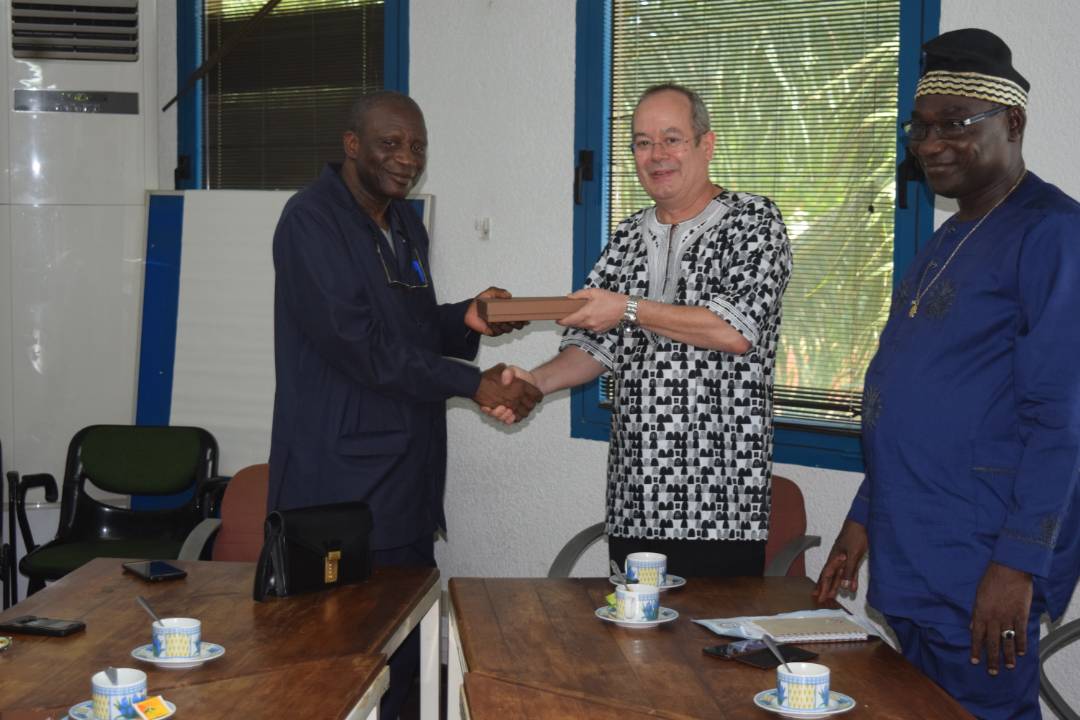 The representatives comprising the Vice-Chancellor (VC) of UNA, Professor Gauthier Biaou, accompanied by the Deputy Vice-Chancellor, Prof Pascal Houngnandan, three Directors of Agricultural Schools, and six senior collaborators, were received by IITA-Benin Country Representative Manuele Tamò. He gave an overview of the research activities going on in the station while highlighting the need to strengthen existing ties. “We are indeed glad to have you in our midst; I am looking forward to a productive collaboration and we are very confident that IITA is equal to the task,” he added.

In concluding the visit, the UNA delegates had a briefing with the Station’s management staff, during which potential fields of collaboration, identified during the tour, were discussed. These encompass training of UNA young graduates on biopesticide production and lepidopteran egg-parasitoid biofactories and joint research activities on aquaponics connected to BSF protein-based diet for fish feed and vegetable production supported by a business model. Prof Biaou expressed his profound gratitude, saying: “I am indeed impressed at the impact of your ground-breaking research and technology advancement, and I am convinced that this collaboration will put smiles on our faces,” he said.