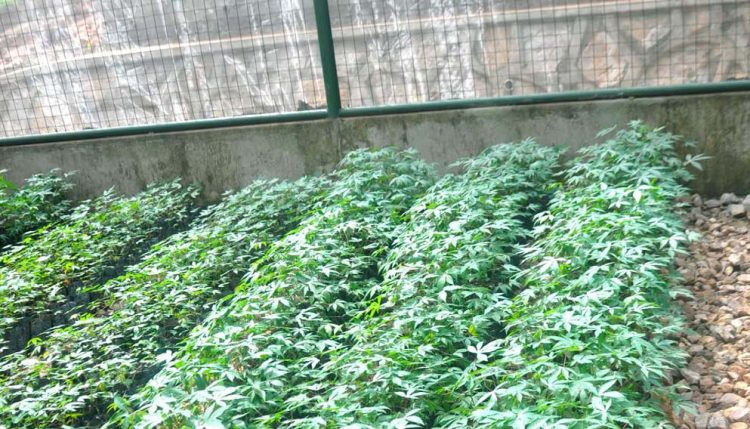 The Confined Field Trial (CFT) currently being carried out on transgenic cassava at an IITA site has been described as “completely safe with absolutely no risk of contamination to local cassava varieties.” Anna Carluccio, a scientist on the research team at IITA, said this in an interview in which she also noted that there is no cover of secrecy surrounding this research on transgenic cassava. 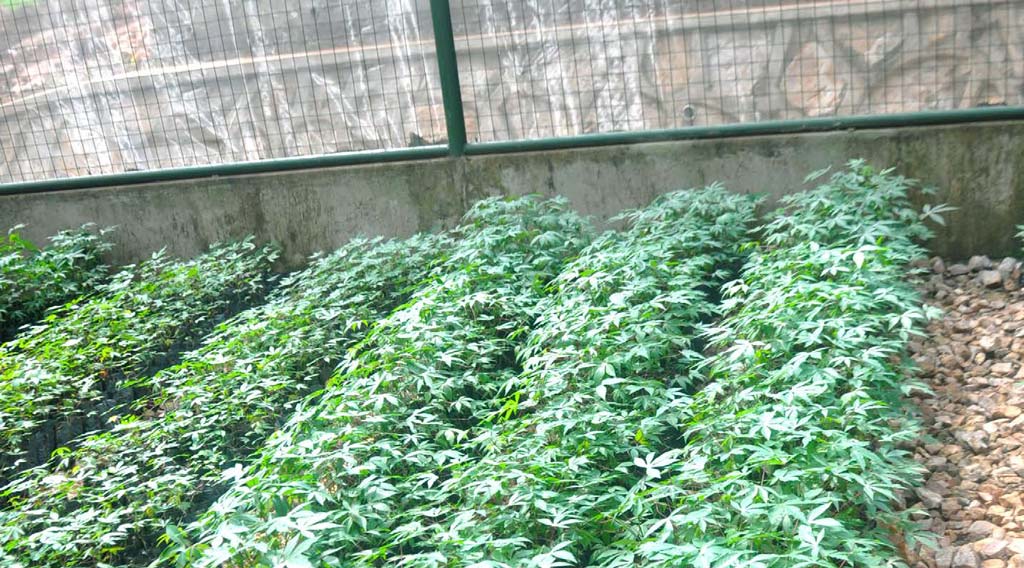 Last year, IITA’s application to carry out the CFT on genetically modified cassava in collaboration with ETH Plant Biotechnology Lab in Zurich was approved by the National Biosafety Management Agency. This research is a response to one of Africa’s biggest agricultural challenges, namely the high level of postharvest loss of cassava caused by rapid deterioration of its starch-rich roots, which occurs naturally and begins immediately after harvest. This causes a 40% reduction in the postharvest value of cassava and therefore has a huge negative impact on the income of farmers.

Tackling this challenge will have a tangible effect of increasing cassava yields, which will in turn positively impact food security and transform the socioeconomic status of cassava farmers.

The main purpose of this research is to support cassava productivity by breeding for robustly high-yielding plants, as this strategy is the most economically viable for smallholder farmers. “Compared to other crop plants, however, little is known about cassava source-to-sink relations, which are major determinants of final crop yield,” said Carluccio. The purpose of the research therefore, is to raise the level of understanding about cassava physiology to a level comparable with other major crop plants.

At an earlier stage of this research, genetically modified cassava plants were generated to evaluate the activity of the enzyme which hinders the process of rapid deterioration of cassava roots shortly after harvest. Such cassava lines will be able to store their starch in stable forms even long after the tubers have been harvested. The gene construct used was developed at ETH Zurich in the laboratory of Prof Samuel C. Zeeman and extensive testing was carried out in greenhouses in Switzerland over a three-year period.

According to Carluccio, “The aim of this confined field trial is to evaluate the effect of a reduced A-amylase activity in the storage roots of the transgenic cassava under a local field condition in Nigeria to confirm results obtained in greenhouses at the ETH lab in Zurich.”

The necessity of carrying out the CFT was explained by Prof Zeema who said, “Our greenhouse experiments were an important first step, but they cannot substitute for genuine field conditions. Hence, it is necessary to grow the plants in a tropical climate such as that of Nigeria.”

“IITA is an excellently equipped and well-staffed institute at which to perform such a confined field trial,” he added.

Carluccio reiterated IITA’s readiness to carry out this trial amid the highest biosafety standards which include the protection of test plants with anti-aphid mesh to prevent insect entry and guard against cross pollination. Furthermore, flower buds from the cassava plants are removed weekly in addition to the removal of any male or female flowers, which will be carried out during the entire duration of the experiment, to prevent pollen dispersal.

The CFT site permits access to only authorized personnel and a minimum isolation distance of 100 meters is maintained between it and any plants capable of hybridizing with cassava. The site also has an incinerator that is used to safely burn waste from the site, including packaging and periodically uprooted volunteer plants.

When asked about the timeline for expected adoption of this transgenic cassava variety, Carluccio stressed that there is no plan to adopt this variety as the experiment is purely a scientific experiment to know what happens in the plants after harvesting. “We hope to understand which protein is involved in starch degradation and this result could help us to select plants with these characteristics,” she said.

Although this experimental cassava variety is not planned for commercial release, it is destined to transform lives. As Carluccio notes, “I know that smallholder farmers have this big problem and if we can reduce the rate of starch degradation, even if by only two days, farmers’ income would increase.”