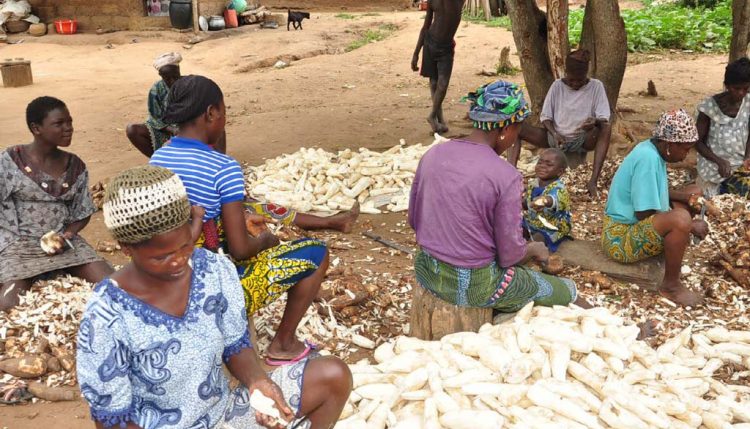 A team of researchers working in Tanzania has conducted a gendered mapping of the structure and functioning of the traditional cassava value chain in Kigoma, Mwanza, Coastal Region and Zanzibar Island of Tanzania. The cross-sectional study by Blessing Masamha, Vusilizwe Thebe, and Veronica Uzokwe sought to understand gender relations and power dynamics within households of the traditional cassava value chain as this has received little attention in contrast to the global high value chain. Titled “Mapping cassava food value chains in Tanzania’s smallholder farming sector: The implications of intra-household gender dynamics,” the paper has been published in the Journal of Rural Studies. 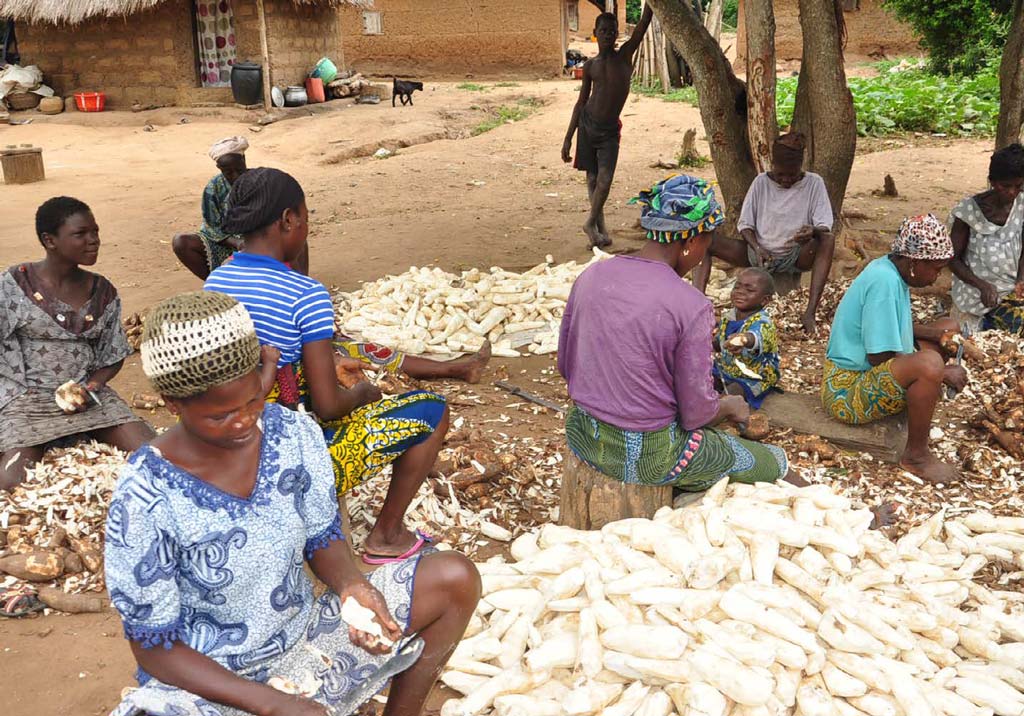 More women in the cassava value chain are in the production and processing nodes.

The researchers collected data through structured interviews with 228 farmers, combined with key informant interviews, direct observations, and repeated household visits. Adopting a conceptual framework that focused on gender at the household level, they used a pro-poor value chain approach to analyze their results. The use of a value chain approach enables the identification of gaps and interventions that can benefit marginalized groups such as women and the poor. 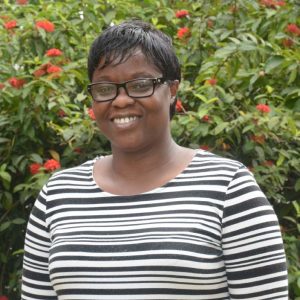 According to the researchers, “The study revealed weak linkages within the cassava value chain, which is highly gendered.” They contended that “while the production and processing nodes of the chain, which commenced from villages, were dominated by women and children, women were not well integrated within high value nodes such as marketing in urban areas and cross-border trading, which were dominated by men.” Transportation of cassava to highly lucrative markets was also dominated by men. Cassava processing was conducted at the household level as well as within small-scale cooperatives, with the major portion of this work being done by women.

The paper concluded that gender-focused mapping of the cassava value chain, with its inception point in the village, has shown that intra-household gender power dynamics influence the structure and functioning of the chain. The major actors within the chain are input suppliers, smallholder farmers, middlemen, traders, small-scale processors, and retailers. The study revealed that women participated more in the chain’s production and processing nodes, with high value nodes such as packaging, marketing, and transportation being dominated by men. Women were also more engaged in sales at local and roadside markets than men, who had access to high income urban markets.

These findings show that there is a need to strengthen women’s participation in high value nodes of the cassava value chain. The researchers also argued for a need to provide the farmers with cassava processing equipment to reduce postharvest losses and the need for policy options to be explored to empower women to own productive resources and decision making as well as their participation in the transportation and marketing of cassava. In general men played a prominent role in the control of resources, marketing, and income.