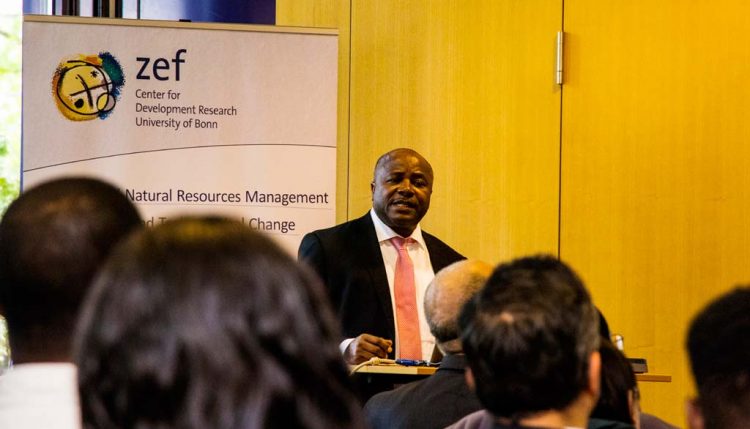 Board of Trustees meeting: IITA to transform into a project based institution

Attending his final meeting as IITA Board Chair, Dr Bruce Coulman updated the Board on CGIAR activities. He reported with pleasure that the 2018 General Assembly of the CGIAR System and Organization, which was attended by Directors General and Board Chairs of all CGIAR centers, had been a positive meeting, stating that it was “one of the most constructive” that he had attended over the past six years. 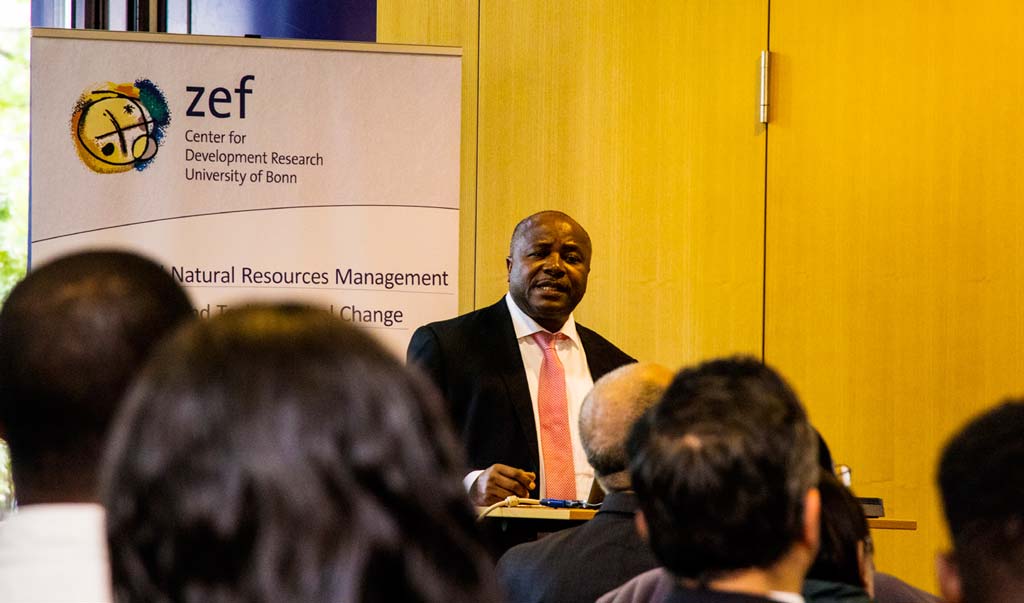 IITA Director General Nteranya Sanginga addressing Board members, German science and technology stakeholders, and other participants at a special session.

He reported that some of the issues discussed were procedures for the General Assembly, appointment of board members to the System Management Board (SMB), centralized resource mobilization, and CGIAR branding including the branding of cross-center initiatives. He also reported that at a recent SMB meeting, discussions were held about a three- year (2019–2021) business cycle to which the CGIAR Research Programs (CRPs) will be matched. Among other SMB meeting discussions was a funding update about the possibility of having CRP funding for 2018 earlier in the year than in the past.

At the meeting, IITA Director General Nteranya Sanginga gave a presentation focusing on the changing financial landscape, its consequences for IITA, and the 14 other CGIAR centers, and the required changes that have to be put in place at IITA. He noted that the changes were necessary as dependence on core funding is no longer viable due to the steady and significant decline in central CGIAR funding to centers over the past 30 years. The proposed reorganization aims to transform IITA into a project-based institution in a manner that protects staff and programs with reduced reliance on the presently declining Windows 1-2 core funding.

Considering that traditional sources of funding are on the downward trajectory, the DG also informed the Board of his strategy to work closer with donors at the country level and with development banks, at the same time strengthening IITA’s relationship with country governments.

The Board approved the restructuring, which includes a recommendation that senior scientists, due to their international reputation, play a key role in raising funds, and placing IITA at the center, ahead of individual and project aspirations.

The Deputy Director General, Partnerships for Delivery (P4D), Kenton Dashiell presented on the TAAT implementation progress, and gave updates on the IITA Youth Agripreneurs and the Nigeria Zero Hunger initiative. The Board was pleased to hear that TAAT had been approved and is finally operational, although they noted the enormity of the task and the importance of ensuring that Clearinghouse personnel have the right skills to manage the project since success is crucial for IITA’s reputation.

The Board meeting involved other discussions, committee meetings, and activities including the establishment of a P4D Committee which will be chaired by Victoria Salin, with Josephine Okot, incoming Board Chair Namanga Ngongi, and incoming Board member Joyce Cacho as the other members.

The BoT activities culminated in a special session organized by IITA to showcase to stakeholders in the agricultural sector in Germany how it is contributing to the transformation and development of African agriculture through agricultural innovations that meet the continent’s most pressing challenges of hunger, malnutrition, natural degradation, and youth unemployment.

The objective of the side event was to present the Institute’s activities to key members of the German development community, university scientists, and representatives of the private sector. 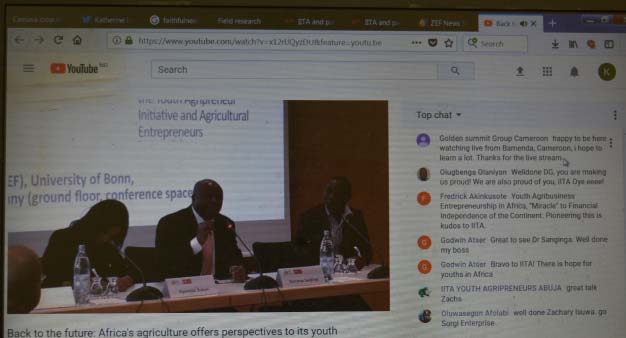 The special session on African Agricultural Transformation during the 2018 Board Meeting.

The new Board Chair, Dr Amos Namanga Ngongi, succeeded Dr Coulman at the end of the meeting. The Board also welcomed new member Dr Shuichi Asanuma from Japan to his first meeting as an IITA Trustee.