Amos NamangaNgongi is the new IITA Board Chair effective end of April 2018. He takes over from Bruce Coulman of the University of Saskatchewan. Bruce had joined IITA at an unstable time in its history and contributed enormously to stabilizing IITA and building it for the future. 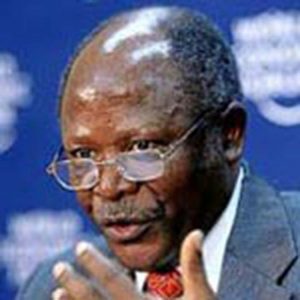 NamangaNgongi is currently Chairman of the African Fertilizer and Agribusiness Partnership, a position he took up in 2012 after his retirement as President of the Alliance for a Green Revolution in Africa (AGRA). In addition, he is Chairman of Kose Estates, a farming concern in Cameroon and Senior Agricultural Adviser to McKinsey and Company. During the time he was President of AGRA (2007-2012), the organization grew from 25 to over 100 staff. He had established collaborative agreements with several governments, research organizations, universities, NGOs, and civil society organizations. AGRA pioneered many innovative ideas and took them to scale, successfully raising the profile of African agriculture.

Most notable among his many achievements is his role as special representative of the UN Secretary General where he managed a mission of 6000 troops from seven countries and a civilian staff of over 1,500 from more than 60 countries. He organized several local peace negotiations between warring factions in the midst of fighting, hunger, and disease while working to deliver humanitarian aid. His efforts are credited with contributing significantly to the overall success of the peace negotiations as well as the formation of a transitional government in the Democratic Republic of Congo.

He obtained his MSC and PhD degrees in agricultural sciences from Cornell University and a postgraduate certificate in project planning and analysis from Bradford University in the UK.

Read more about the new Board Chair here http://www.iita.org/board-member/namangangongi-amos/.

Youth Agripreneurs: Agriculture is a goldmine

Board of Trustees meeting: IITA to transform into a project based institution