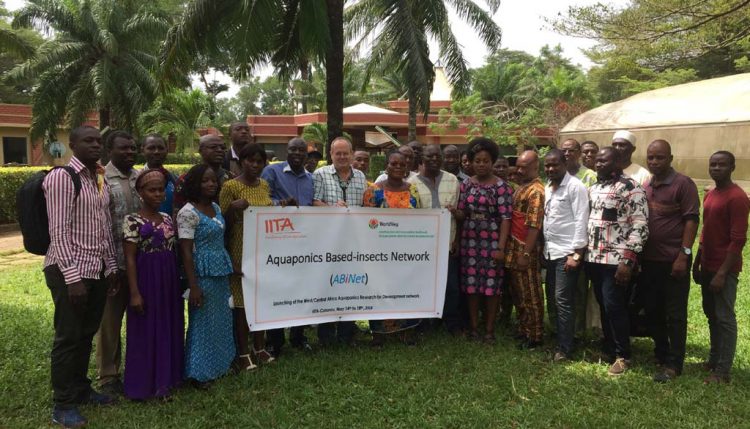 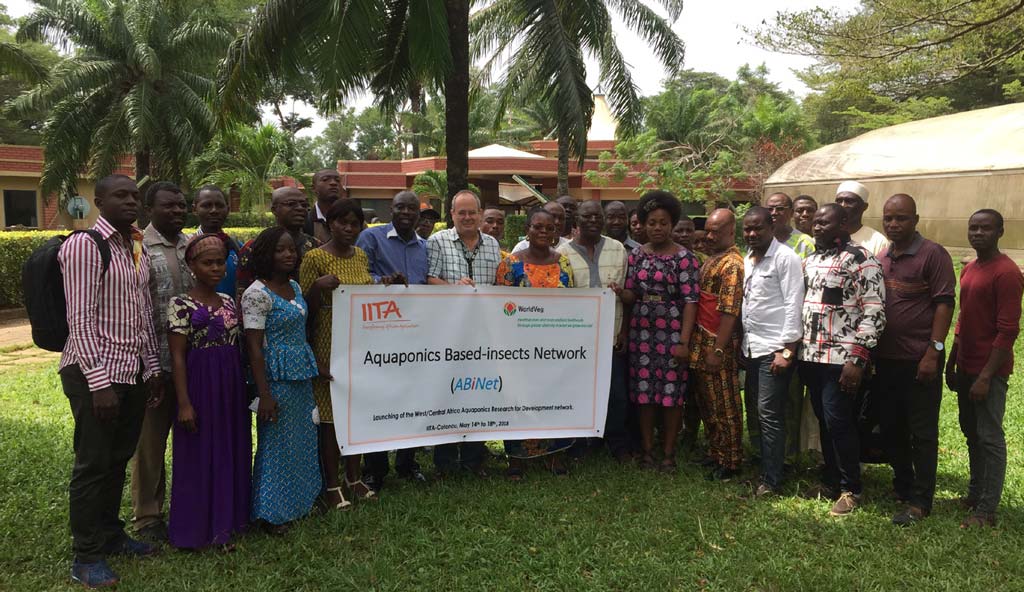 Speaking at the ceremony, IITA Benin Country Representative Manuele Tamò emphasized the alignment of the current initiative with the IITA research strategy on insect food and feed supported by the Deputy Director General, Research for Development, May-Guri Saethre. ABiNet is made of international research centers such as IITA, the World Vegetable Center (WorldVeg), and WorldFish, universities, and agripreneurs from West and Central Africa.

The first task assigned to the network was to develop a proposal to respond to the Swiss Agency for Development and Cooperation’s (SDC) call on the City Region Food System. On this, the network under the leadership of Rousseau Djouaka, IITA/Wellcome Trust Research Fellow, developed a proposal on the insect-driven aquaponics system, which stands on four main components:

The first draft of the concept note was developed during the write-shop and will be reviewed internally by IITA before submission to SDC.