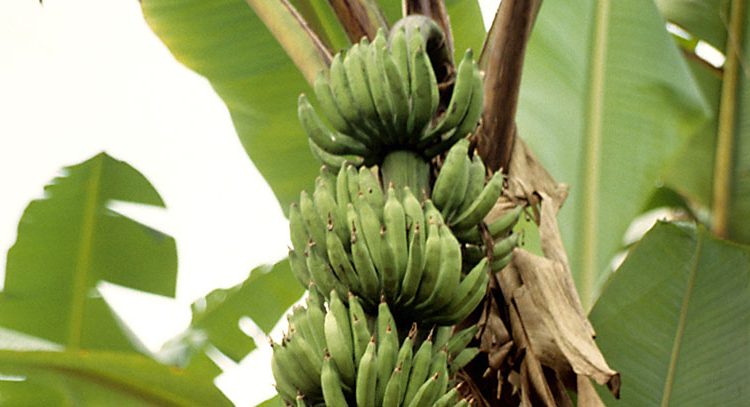 The impact of climate change continues to be high but coincides with low adaptive capacity of farmers in Central Africa. A recent study explored climatic effects on agriculture and education in rural areas in Cameroon. According to the findings, the two sectors are threatened by climate disruption in the coming decades with declines in plantain yields and educational attendance.

Plantain is an important crop in the economy of Cameroon.

Focusing on plantain, researchers assessed whether recent climate changes have caused reduced yields, and what were the resulting social and economic effects on rural households in Cameroon.

According to forecasts for Cameroon, the plantain crop will be more sensitive to climate change, notably the increase in temperature could delay flowering. Banana requires 1200 mm of water for irrigation in tropical areas, and the decrease in rainfall could cause difficulty in accessing water.

Using analysis and survey methods, the researchers were able to examine climate variability over the last 6 decades, while looking at the trends in mean annual temperature from 1950 to 2013. Afterwards, the researchers analyzed the interactions between co- variability of climate, crop increase, and educational endpoints in the period 1991–2011.

The researchers focused their analysis on plantain yields because plantain is a staple food in Central Africa and the local economy largely depends on it; banana and plantain are Cameroon’s highest agricultural export and agriculture is the largest sector of the economy.

In 2010, focus group discussions were held in the Southwest Region of Cameroon, which indicated that crop yields affected educational attainment such as rates of enrolment, literacy, and graduation in rural areas because parents use income from crop sales to purchase their children’s textbooks, uniforms, and other school supplies.

Between 1991 and 2004, there was a decline in the average number of years of post-secondary education completed by students between 19 and 24 years of age, but the decrease from one period to the next was not significant. However, the level of educational attainment in 2011 was significantly lower than two decades earlier.

The school dropout rates were also linked to crop failure; plantain yield emerged as the most significant driver of the number of years of school completed, with household wealth also being a significant factor.

Looking at annual temperature from 1950 to 2013 and from 1991 to 2011, researchers established that there was a significant increase in temperature and significant decrease in plantain yield. Using Intergovernmental Panel on Climate Change (IPCC) scenarios to develop predictions about future crop yields and educational trend outcomes over the period from 2030 to 2080, researchers predict a 39% decrease in plantain yields and 51% in education outcomes by 2080.

How climate might drive crop yields in the future

Banana and plantain are predicted to be highly vulnerable to the direct effects of climate change due to low temperature and water tolerance. Regarding crop productivity, the analysis of plantain production in Cameroon indicated that yields decreased 43% from 1991 to 2011 and projections indicate that yields will continue to decline, dropping to 47% of 1991 levels by 2030 and 39% by 2080.

The researchers concluded that an adaptation effort is needed to address the climate change impacts on plantain yield by focusing on harnessing the potential of crop breeding programs. A promising approach is genetic improvement of Musa to breed plantain varieties that are tolerant of high temperatures, but this is unlikely to eliminate all these impacts due to the time and the significant financial investment required to carry out crop improvement programs.

With mean annual temperature in Central Africa expected to increase at least 2 °C by 2080, there is an urgent need and a call to action for climate change mitigation policies to be developed and implemented to forestall the decline in agricultural yields in Central Africa.