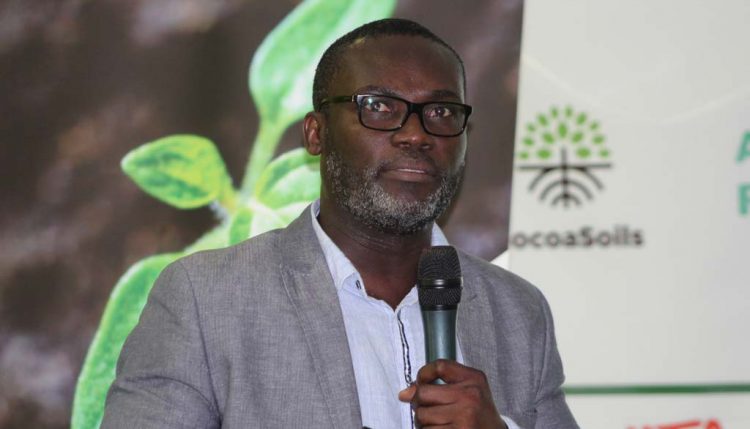 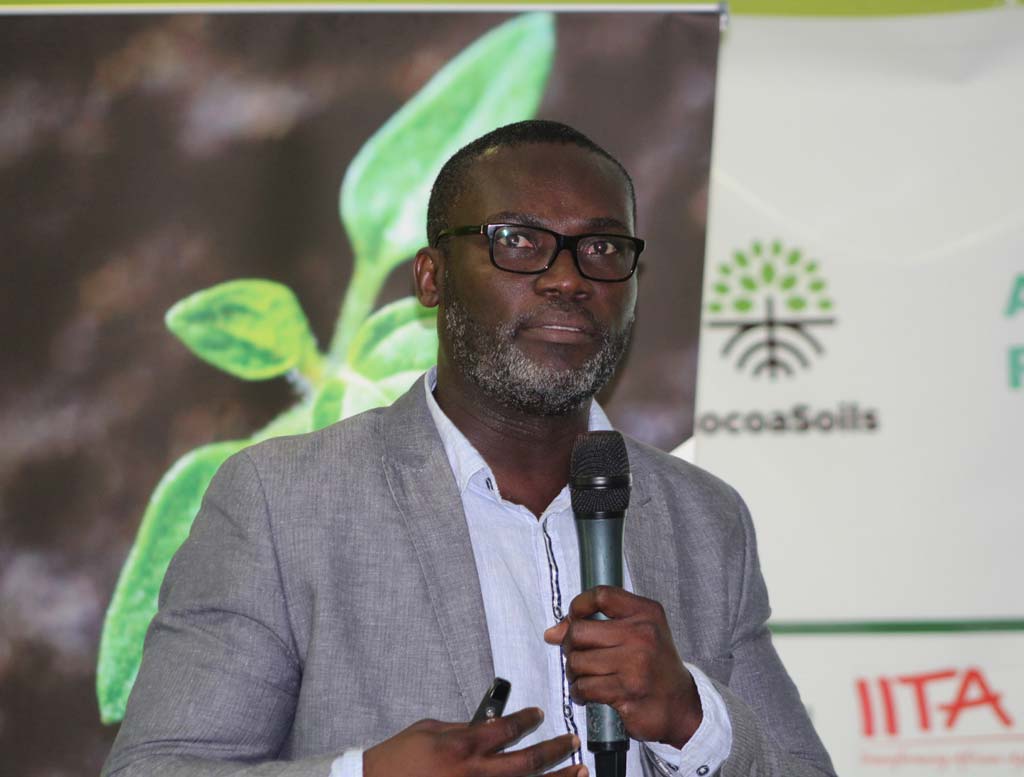 The Coordinator of CocoaSoils making a presentation at the technical session

The launch was chaired by Dr Abdoudramane Sangre, the Director General of CNRA and featured a speech by IITA Coordinator for Cocoa R4D, Richard Asare, who is also the Coordinator of the CocoaSoils Program.

The program ended with a technical session, where participants discussed varying scientific questions with regard to the project protocol design, the CocoaSoils partnership, as well as its extension and dissemination tools.