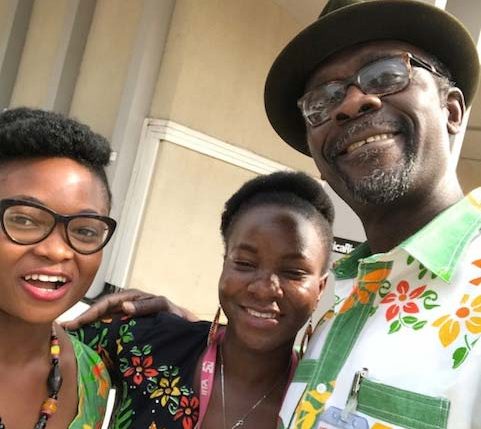 IITA marked its 51st anniversary on 24 July, highlighting the performance and all-round achievements of the Institute since inception in 1967. IITA Director, Country Alignment and Systems Integration, Kwesi Atta-Krah, led staff  members in congratulating the Institute and extending to all staff best wishes for the future. 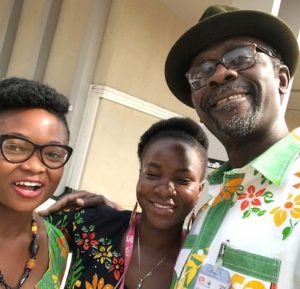 He said that agriculture has the potential to drive economic development and wealth creation, and as such, IITA has been working with its partners for the realization of this vision and to ensure that agriculture becomes the engine for economic growth as the majority of the population in rural areas depends on what they grow to feed themselves.

Since last year’s 50th Anniversary celebration, IITA has continued to make gains in adopting a broader agricultural transformation agenda to bring about livelihood enhancement and economic development in sub-Saharan African countries. Through the establishment of the Business Incubation Platform (BIP), the Institute has continuously demonstrated that the technological barriers to outscaling and impact can be broken by establishing business-oriented facilities (Aflasafe, Nodumax, GoSeed), and through private sector engagement to further influence the yield of farmers in sub-Saharan Africa.

“A major success highlighted this year is the construction of the new, massive building (opposite Akinwunmi Adesina Agriprenuer building) that was inaugurated during the 50th anniversary,” said IITA Director General, Dr Nteranya Sanginga.

“To my greatest surprise, this building which kicked off with the official laying of blocks at the 50th anniversary, will be operational in August. This innovation will birth the massive production of clean seeds of cassava, plantain, banana, cocoa, and yam. Thus far, I am so proud of this advancement, which has also been replicated in DR Congo with the intention to make sure that Africa feeds itself through agriculture. In turn, this has an impact on changing the livelihood of farmers in sub-Saharan Africa,” he added.

Commending the Institute for the milestones achieved within the time frame of one year, Atta-Krah, stated, “A key instrument for progress in this regard is the launching of the Technologies for African Agricultural Transformation (TAAT) program. This program is supported by the African Development Bank (AfDB), led by IITA, with the involvement of several CGIAR centers and other national and international partners. 2018 is the kick-off year for TAAT, and there are activities going on in a number of countries which aim to bring agro-technologies to scale among farmers in Africa.”

“In the midst of various challenges, particularly related to declining core unrestricted funding, we refocused our attention and strengthened the project base of our operations through the leadership of the Institute at large. This has opened new doors of funding and the Institute continues to be strong and do exploits!! We see 2018 as a year of transformation and resilience.”

“We will continue to work hard towards strengthening the contribution of IITA for the achievement of food and nutrition security as well as economic development for the countries and people of Africa,” Atta-Krah concluded.