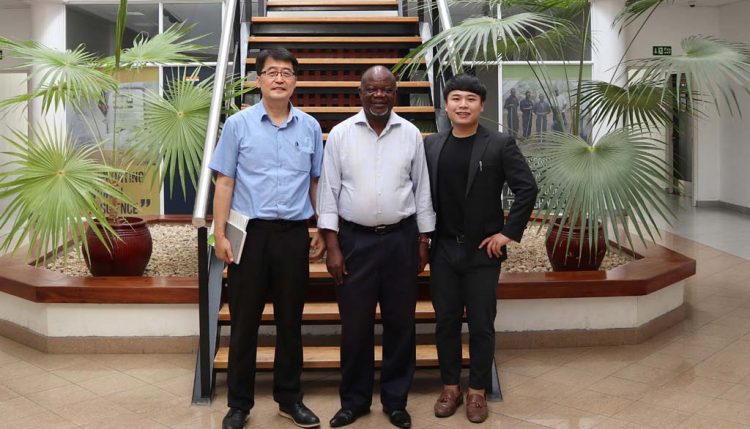 Representatives from Bioneer Corporation, a private biotechnology company from South Korea, visited IITA Eastern Africa Hub offices on 22 July to explore partnership opportunities with the Institute. The team consisted of a former IITA staff member, D.J. Kim, who is now Bioneer’s Director for Africa, and his colleague Roy Min, Regional Manager in the International Business Division. 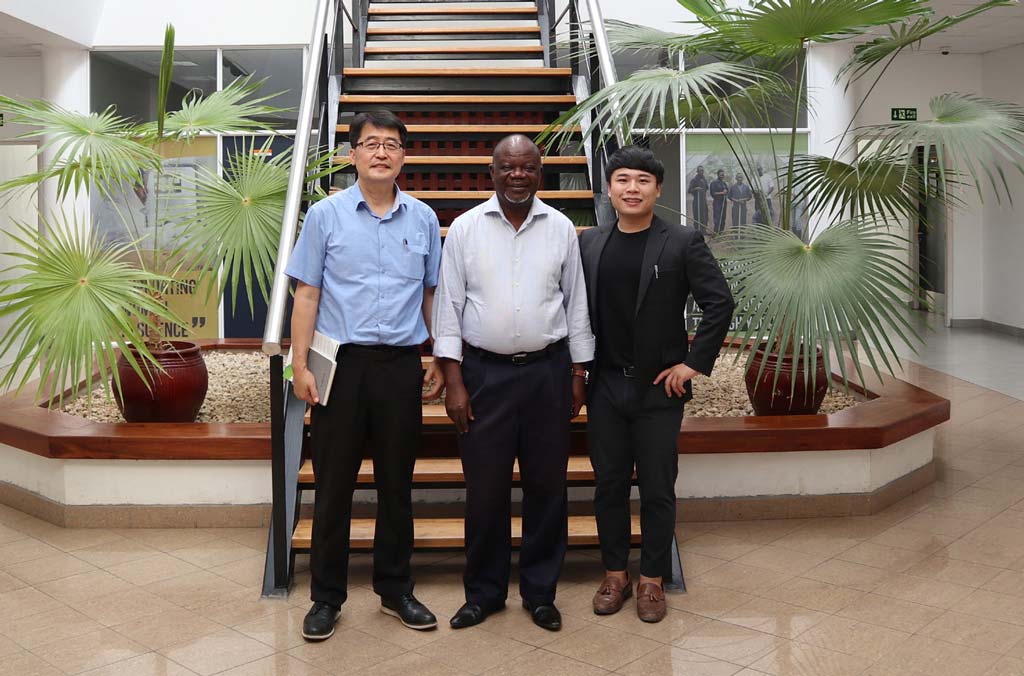 The team was received by the IITA Director for Eastern Africa Hub, Victor Manyong, who took them on a tour of the facilities and explained about IITA’s work in the region.

The visiting team expressed their wish to have an MoU with IITA, spelling out areas of collaboration.

The team was in Tanzania as part of a delegation of potential investors from South Korea and was led by the country’s Prime Minister Hon Lee Nak- Yon. The delegation held a one-day business forum with their Tanzanian counterparts led by Tanzanian Prime Minister, Hon. Kassim Majaliwa, on 23 July.

The forum was attended by over 400 representatives from private sector and government institutions from both countries to explore opportunities in health, infrastructure, construction, and agriculture. Hub Director Manyong represented IITA at the forum.