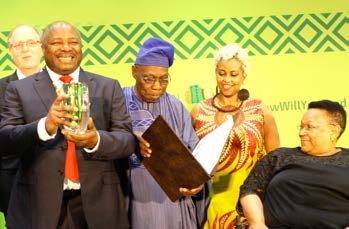 IITA is this year’s recipient of the Africa Food Prize. The award was given by the African Green Revolution in Agriculture (AGRA) and was announced during the Award Ceremony and Africa Green Revolution Forum (AGRF) Gala Dinner on 7 September in Kigali, Rwanda. 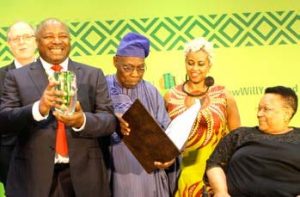 The award recognizes individuals and institutions “leading the effort to change the reality of farming in Africa from a struggle to survive to a business that strives.” The US$100,000 prize “celebrates Africans who are taking control of Africa’s agriculture agenda. It puts a spotlight on bold initiatives and technical innovations that can be replicated across the continent to create a new era of food security and economic opportunity for all Africans,” according to the AGRF website.

IITA is the first institution to receive the distinguished award and was selected for its “deep commitment over several decades to producing a steady stream of innovations that have boosted the nutrition and incomes of millions of people across Africa.” In recent years, that work also has included a critical focus on connecting crop science to creating employment for Africa’s youth, and ensuring African farmers can adapt to the stresses of climate change and the growing threat for an array of crop pests and plant diseases.

“IITA stood out for its steadfast and inspiring commitment to a research agenda that aligns with both our African traditions as well as the evolving needs of African farmers and consumers…” said His Excellency Olusegun Obasanjo, former President of Nigeria and Chairman of the independent Africa Food Prize Committee.

“From the cassava we’re still eating today, to the valuable and nutritious soybeans we now grow in our fields, to maize varieties that can withstand drought and deadly toxins—our diets and our agriculture businesses would be much poorer today without IITA’s leadership, and its willingness to forge powerful bonds with African farmers and African communities,” Obasanjo continued.

Receiving the Prize on behalf of the Institute, IITA Director General Nteranya Sanginga said that he believes that a great deal of IITA’s success rests on its ability to develop relationships and collaborations that allow the fruits of its research to be scaled up and made available to millions of farmers.

“I’m extremely honored to be receiving this prize on behalf of IITA and proud to be part of a group of researchers dedicated to building lasting and relevant solutions for the continent,” said Sanginga. “But it would be remiss of me if I didn’t acknowledge the important role of our various partners, from other research centers to governments to the private sector, without whom our research might never have seen the light of day.” 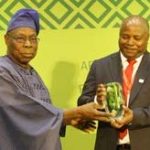 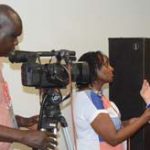 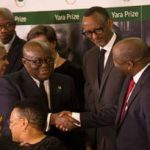 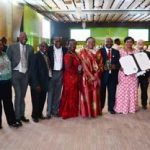 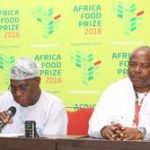 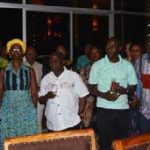 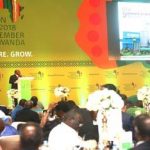 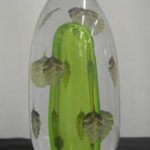 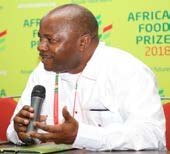 The award celebrates the achievements of IITA, which marked its 50th year of service to African agriculture and smallholder farmers in 2017. The Institute was established in 1967 as the first African link in a network of international agricultural research centers to contribute towards global food and nutrition security. It was created based on the need to have an African version of the Green Revolution that transformed Asia through increased agricultural production in the 1960s.

IITA has become the largest international agriculture research center in tropical Africa, contributing to food and nutrition security in the region and is supported by numerous donors, governments, and partners, and focuses on increasing food security and availability, enhancing the profitability of foods, feeds, and other agricultural products, and sustainable management of natural resources.

Read the linked media releases below for more details: