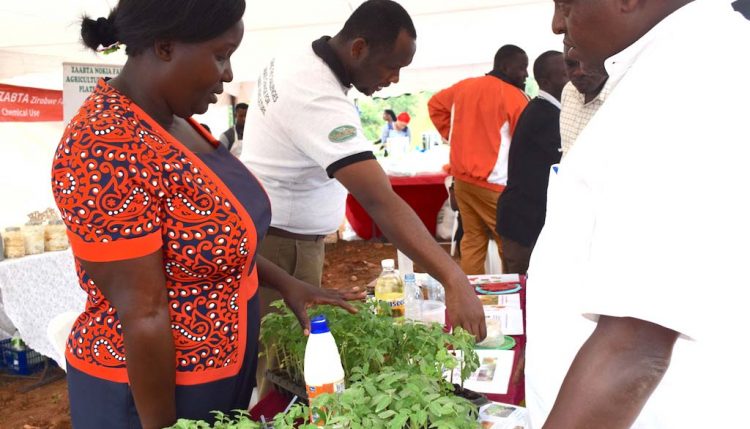 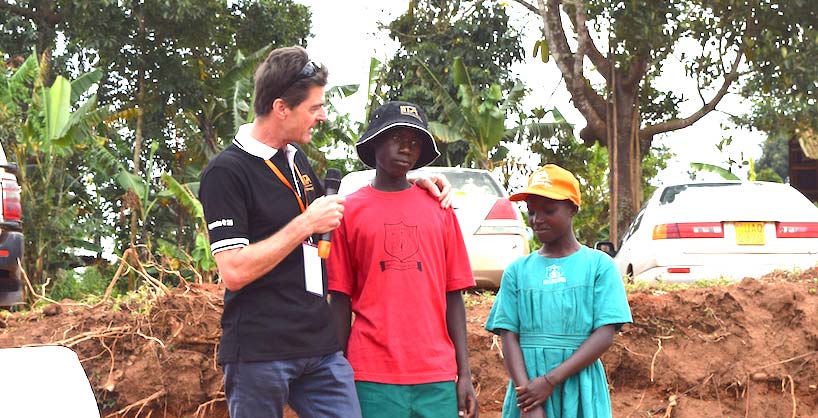 The event also brought together value chain actors in vegetable production, government officials from the Ministry of Agriculture and the local government, national researchers from Makerere University and the National Agricultural Research Organisation (NARO), and development partners including the Austrian Development Cooperation and the Association for Strengthening of Agricultural Research in Eastern and Central Africa (ASARECA).

The guest of honor at the event, Paul Mwambu, the Commissioner for Crop Inspection and Certification, Ministry of Agriculture, Animal Industry and Fisheries (MMAIF), appreciated the efforts of IITA and collaborating partners for not only training farmers in the peri-urban areas of Uganda to reduce use of chemical pesticides, but also for their research on the possibilities of using biocontrol through the healthy seedlings project.

“The challenges in agriculture can only be resolved with a concerted effort by different stakeholders. The Ministry welcomes all partners willing to support the sector,” said Wambu in his speech read by Ms Brenda Kisingiri, an inspector in the agriculture ministry.

Danny Coyne, IITA Nematologist and project manager, said that the healthy seeds project is being implemented in Uganda and Ethiopia and aims to train vegetable farmers to raise healthy seedlings to reduce overuse and misuse of chemical pesticides.

Idi Ramathan, the head of the vegetable production program at the National Crops Resources Research Institute (NaCRRI), noted that Ugandans consume less vegetables than the recommended minimum, and one of the reasons for this was their concern over the safety of eating vegetables sprayed with pesticides. This was alarming given the importance of vegetables to humans, especially children and mothers.

“Over time, people have become conscious of their health and what these chemicals (pesticides) can do. Therefore, there is a need to limit the usage of pesticides, and any efforts that can contribute to this are much appreciated,” he said.

Reiterating the overuse and misuse of pesticide, Peter Ebanyat, the acting Officer in Charge of IITA Uganda Country Office, noted that some vegetable traders, especially of tomato, used pesticides as a preservative. He requested the Ministry to urgently address this issue because of the hazards to consumers. 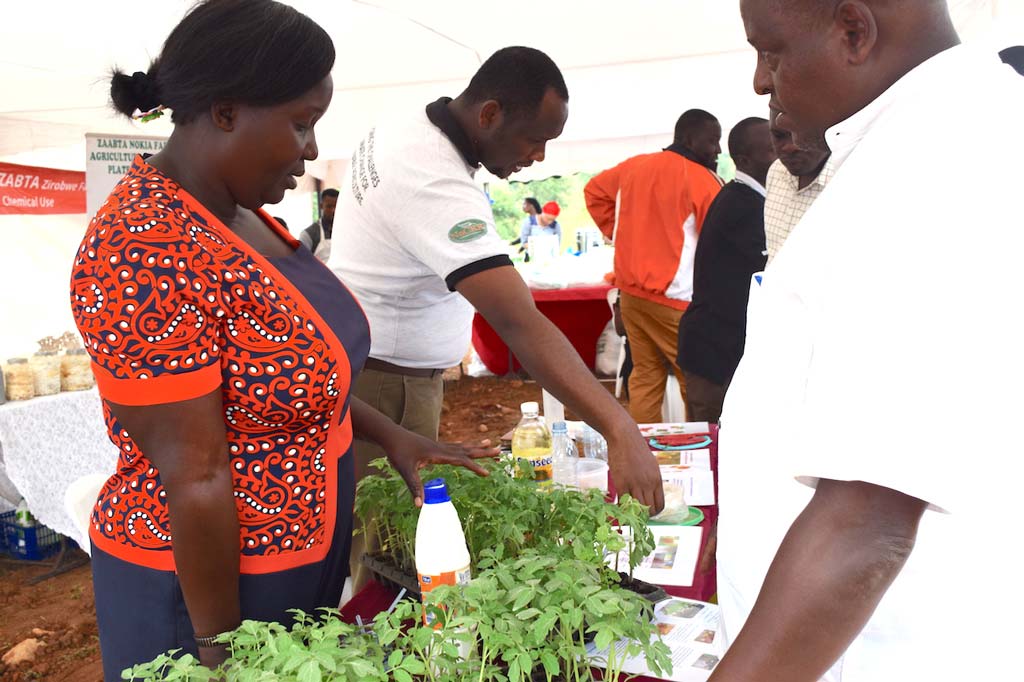 In response, Kisingiri said that the Ministry had already developed the Sanitary and Phytosanitary Policy as part of measures to curb this trend.

After the training, different farmer groups in the project shared their inspiring stories.

Among them was Yusuf Matovu, the leader of Katoogo Farmers’ Group, who had received training from IITA on using clean seeds. He said the members of the group had noticed that over a period of three years of using healthy seedlings, the use of chemicals in their vegetable gardens had decreased to 30%.

“I noticed that after transplanting, I do not need to spray until my tomatoes have fruited. And even when I do, the chemicals required are less than what I used to apply before,” he said.

The farming group, PECYU, noted that their community sensitization has gone beyond adult farmers to target school children. The IITA Uganda Youth Agripreneurs were also benefiting from their business of selling of vegetables and are now venturing into raising and selling healthy seedlings.

During the closing, Pia Hopfenwieser from the Austrian Development Cooperation, applauded PECYU for including children in the project and the event, noting that it is crucial that they get involved because they are the future farmers.

Getting to grips with aflatoxin in Ghana with Aflasafe