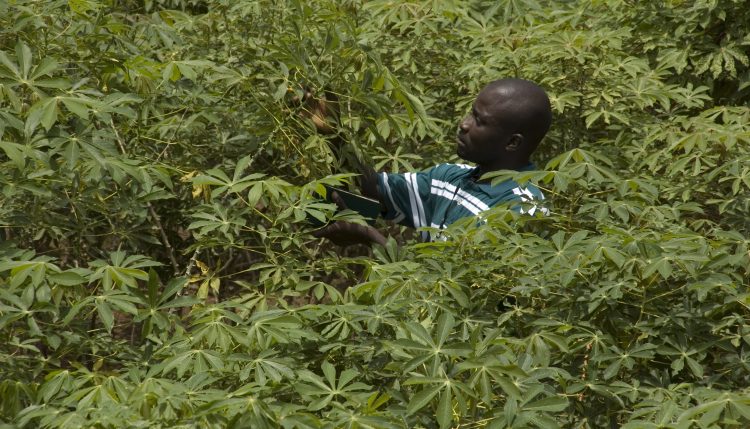 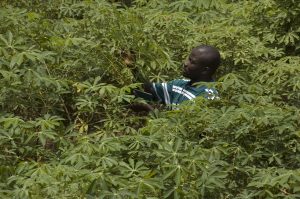 A technician examining the progress of
work on a cassava plantation.

A team of IITA Scientists led by Wossen Assfaw, have documentary evidence to show that effective adoption of an agricultural technology reduces poverty, especially in the case of improved cassava varieties in Nigeria.

Empirical evidence on the relationship between agricultural research and poverty reduction has suggested that improved agricultural technologies may not necessarily lead to poverty reduction as the poor are often constrained by structural barriers that make improved technologies inaccessible and less profitable for them. Therefore, understanding how and why farm households adopt improved varieties and their subsequent effects on productivity and poverty outcomes is important to the design of an effective pro-poor technology dissemination strategy.

Over the years, there has been substantial investment in the development and dissemination of improved crop varieties and complementary agronomic practices in Nigeria by national and international research and development organizations. However, despite these major efforts and the importance of cassava for rural livelihood, there is a lack of comprehensive and rigorous evidence on adoption rates and impacts of improved cassava varieties on productivity and poverty related outcomes. As a result, unique nationally representative adoption data was used to measure adoption rates and to estimate the poverty reduction effect of improved cassava varieties in Nigeria.