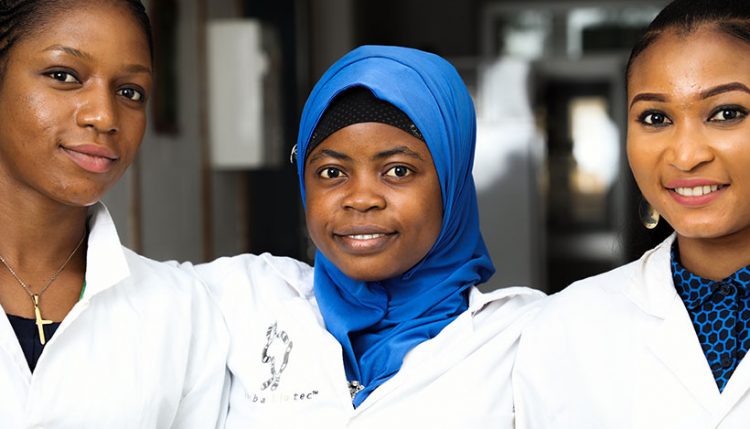 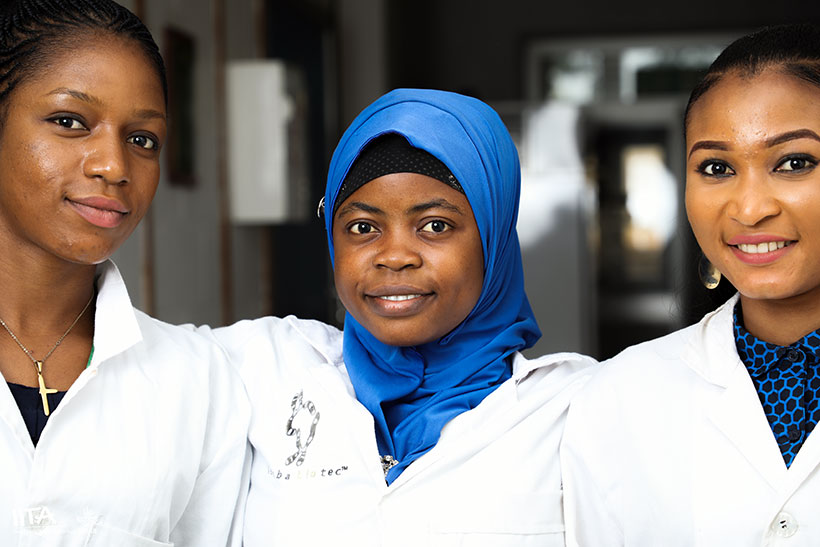 At IITA Ibadan, two female scientists, Ana Luisa Oliveira, Molecular Geneticist breeder and Abigail Adeyemi, Laboratory Manager, Genetic Resources Center, commented on the importance of the day.  For Garcia-Oliveira, “The International day for women and girls in science is a day we, female scientists, have to be appreciated.”  Adeyemi, who has been in science for 27 years, said “the day aims to honor women who have contributed to the growth of science as well as educate young girls on its importance and encourage them to go into careers in science.”

In IITA female scientists have come a long way, given their contributions to the success of the organization. Their number has increased over the years, and so has their impact been felt in all aspects of scientific research in crop improvement and nutrition in Africa, contributing to what IITA is today. Adeyemi adds, “Many women scientists who participated in the training of girls (and boys alike) have stimulated their interest in science which has contributed to IITA’s success stories being witnessed today.” Echoing the same sentiments, Garcia-Oliveira said “Women, as either scientists or wives to scientists, are great examples to young girls interested in science because of their tenacity and strength in the various fields of science.”

Unfortunately, most countries are yet to achieve gender equality in Science Technology Engineering and Mathematic (STEM) because most girls are not encouraged to go in that direction. Even though the global community has made a lot of efforts in inspiring and engaging more women in science over the past 15 years, some are excluded from participating fully in science for various reasons.

But there is hope. Princess Nisreen El-Hashmite, who overturned convention to become a medical doctor in ultra conservative Iraq, says: “The world celebrates the achievements of women, known and unknown, remembered and forgotten, who have forged the way for those of us in science today and to give an opportunity to children; girls and boys, to choose their role models in science.”

According to UNESCO, only around 30% of all female students select STEM-related fields in higher education. Globally, it has been noted that female student enrolment is particularly low in ICT (3%), natural sciences, mathematics and statistics (5%), and in engineering, manufacturing and construction (8%).

Girls and Women in ScienceIITA News no 2473