IITA economist: COVID-19 strengthens the need for a policy of food self-sufficiency for Africa

The effect of the COVID-19 pandemic on food security has revived the long-standing debate on the pathway to achieving food security in sub-Saharan Africa. There have been two divergent thoughts on how to accomplish this, with one side calling for Africa to become food self-sufficient and the other supporting international trade over self-sufficiency.

Both approaches have merits and demerits with the dependency on international trade being risky and a policy of food self-sufficiency being inefficient or costly. Dr Shiferaw Feleke, an agricultural economist at IITA, argues that the COVID-19 pandemic demonstrates the need for African countries to increase domestic production to meet food consumption requirements by trading off efficiency for sufficiency. 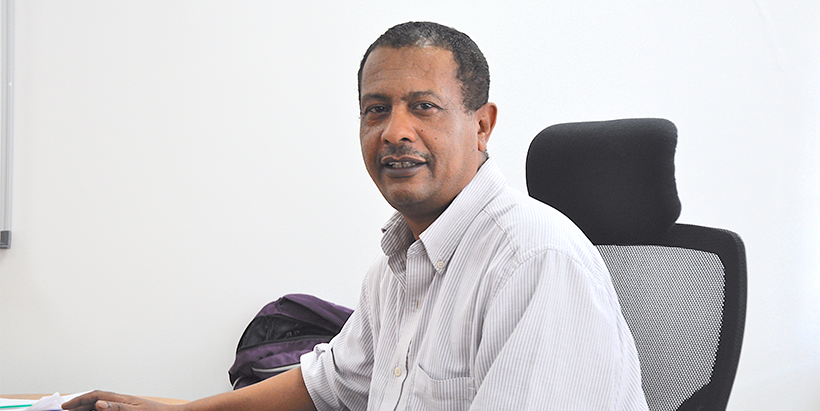 Dependency on international trade, Feleke said, is risky as the international food commodity market is thin with fewer sellers. According to the IFPRI 2011 Global Food Policy Report, only five countries supply 84% of the world’s maize and 85% rice exports and 63% of the world’s wheat exports. For example, in 2009, 7 African countries relied on Thailand for over 96% of their rice imports. Therefore, disruptions in the global supply chain, as in the case with COVID-19, can result in price spikes that can significantly impact Africa’s food security.

Feleke also noted that the supply and demand for food are also price inelastic, which means that small changes in global demand or supply can cause spikes in the price. The price spike would disproportionately affect consumers in Africa as they spend 60–80% of their income on food.

On the other hand, he said, when it comes to Africa’s exports, the structure is undiversified and unsophisticated, with many countries depending on a narrow range of commodities exported raw, to a few destinations and with limited trading partners. This means that in the event of a disruption in global supply, such as in the case of COVID-19 that leads to a drop in Africa’s export prices, the continent then has to export a higher quantity of commodities to purchase the same amount of imports. This shows that a policy of food self-sufficiency would be more advantageous for Africa.

Case of Tanzania and wheat imports

Tanzania is generally food self-sufficient in most regions of the country and for many commodities with few exceptions, such as wheat.

“Wheat is Tanzania’s fourth most consumed crop after maize, cassava, and rice and the country is a big importer of wheat grains, accounting for about one-third of the total food import value. According to data from FAO, between 2010 and 2017, Tanzania imported about $158 to $415 million worth of wheat, amounting to $289 million per year,” Feleke said.

As its wheat imports are too small to influence the world price of wheat, Tanzania is facing a perfectly price-elastic world demand. So, given its high reliance on international trade, a slight increase in world wheat price and a small decrease in income (GDP) can result in substantial import reduction with significant implications for food security.

One way to address the potential reduction in wheat imports would be to substitute expensive wheat flour with other cheaper flour sources such as cassava. This approach, for example, requires adopting a policy instrument supporting the blending of wheat flour with high-quality cassava flour (HQCF) as well as investing in wheat research and irrigation to increase wheat productivity and production.

“Therefore, while it is true that a policy of food self-sufficiency comes at an economic cost due to loss of efficiency, that cost needs to be compared against the risk of going hungry caused by a price hike in the international food market!” he said.