The digital extension tools and other technologies developed by CGIAR-IITA received wide attention in an exhibition at the recently concluded National Farmers’ Exhibition in Tanzania. IITA and other stakeholders in the agriculture sector showcased innovative technologies at the annual exhibition, which took place in Simiyu region, northern Tanzania, on 1-8 August. The theme of this year’s event was “Agricultural, livestock and fisheries development, choose the best leaders in 2020”. 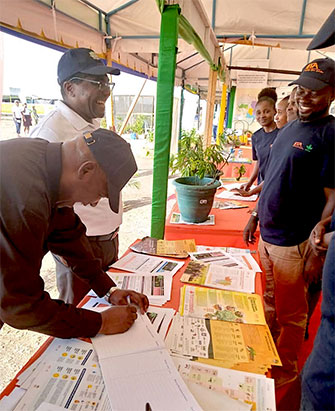 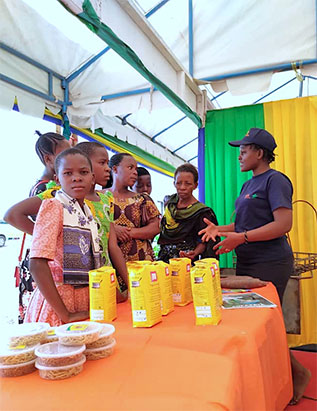 Veronica Kebwe, Chair of the Tanzania Youth Agripreneurs explaining the group’s activities and products to visitors.

The Minister of Agriculture, Hon. Japhet Hasunga and Gerald M. Kusaya, Permanent Secretary, Ministry of Agriculture, were among those who visited the IITA booth Impressed with the technologies, they hinted about inviting IITA for collaborative talks with the ministry to tackle some of the principal challenges facing farmers.

The AKILIMO decision support tools and NURU app impressed another visitor, Tanzania’s Attorney General, Prof Adelardus Kilangi, who is also a cassava farmer. He said he would use these to extend his farm size to 100 acres.

Other technologies showcased by IITA included AflasafeTZ, the effective biocontrol product that reduces aflatoxin contamination in maize and groundnut by 80 to 90%. IITA Tanzania Youth Agripreneurs were also present and highlighted their activities in attracting youth to agriculture, their various agribusinesses, and their products. 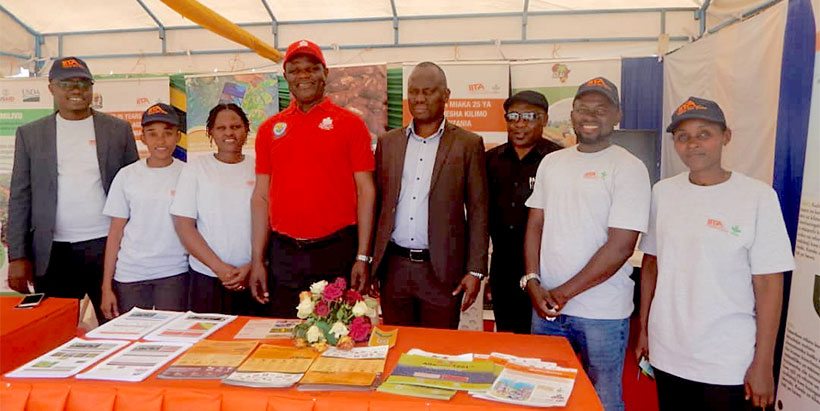 Other members of the IITA team included Bahati Maregeri, Assistant Projects Manager with the Building Capacity for Resilient Food Security Project; Veronica Kebwe, chair of the Tanzania Youth Agripreneurs; and Mzanda Abubakar of ACAI. Neema Mbilinyi and Juma Yabeja, under the Building an Economically-Sustainable Seed System in Tanzania for Cassava (BEST Cassava), showcased the NURU app and the Cassava Seed Tracker, respectively.