The Start Them Early Program (STEP) of IITA is making more impact than was envisioned at the beginning of the program. STEP, which was initially meant to change the negative mindset of secondary school students about agriculture, has also begun to positively impact parents and the communities where these secondary schools are located. 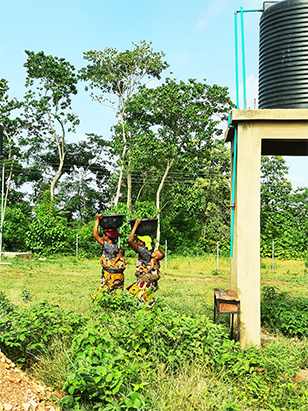 The STEP program officially kicked off in 2019 with funding from the 2018 Africa Food Prize award, which the IITA DG, Nteranya Sanginga, dedicated to the program. STEP was initiated in three secondary schools each in DR Congo, Kenya, and Nigeria, for a 2-year dry run, with the plan of expanding to other schools and countries in Africa over the years. Despite the financial and technical challenges experienced, STEP has made substantial progress.

Recently in Nigeria, STEP was launched in Fasola Grammar school, Oyo town, after infrastructural transformation by the STEP team. Some of the changes include the renovation of the school hall, staff building, and laboratory while providing the school with new chairs, marker boards, and a projector. Others include building the school toilet and a STEP agribusiness center from scratch and sinking a borehole in the school from which the community now gets water. There is also a biogas tank where electricity is generated for the school, and the community benefits from it. 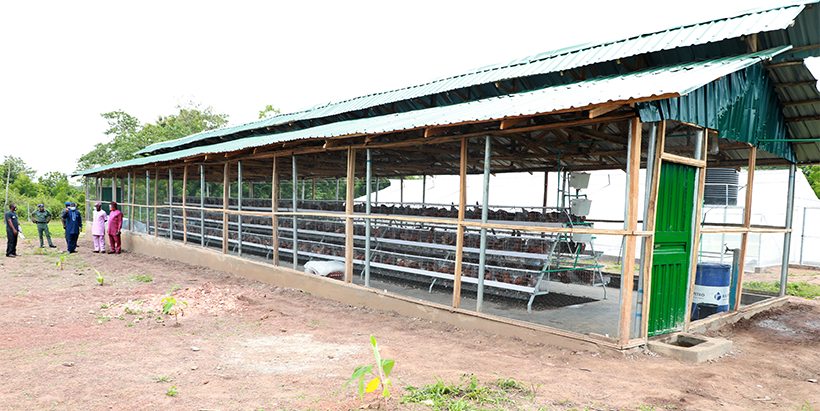 The school poultry which now supplies the community chicken and eggs

“This transformation happened within three months during the COVID-19 lockdown period,” said Bola Larinde, Coordinator of the STEP-Oyo project. “The school hall can also be used for community meetings as it can accommodate up to 200 people,” she added.

IITA, in conjunction with the Oyo State Government, recently inaugurated STEP in Fasola Grammar school. His Excellency, Governor Seyi Makinde of Oyo State, was thrilled by both the transformation that had taken place in the school and the rate at which the mindset of the students had changed positively about agriculture. He noted this after the students made presentations, showcasing what they have learned from the STEP team, which included the use of modern equipment for farming, processing agricultural produce into finished goods, the use of ICT, and poultry rearing.

The STEP center at Fasola school.

Some of the students have decided to build a career in agriculture, while some are already making plans to start businesses in the agricultural line to pay their school fees and support their families. “The students have also influenced their parents to accept the use of modern farming tools as it makes farming more fun,” said Dayo Adefioye, STEP Coordinator for Nigeria.

The Governor has initiated a STEP-Oyo State project with the aim of rapidly expanding STEP to more secondary schools, starting with one secondary school per zone, across the six geopolitical zones of Oyo State. His Excellency has also made Fasola school the infrastructural and agribusiness model for other schools in the State.

The biogas tank at Fasola school, converting waste to energy for the school and fertilizer for its farm.