Fusarium wilt, caused by the soil-borne fungus Fusarium oxysprorum f. sp. cubense (Foc), poses a major threat to banana production globally. A variant of Foc called Tropical Race 4 (TR4) originated from Southeast Asia and was detected in Africa for the first time in 2013 on a Cavendish banana export plantation in northern Mozambique. Foc TR4 status in Tanzania is unknown, hence, the need for accurate and efficient surveillance as the country is among those at high risk. 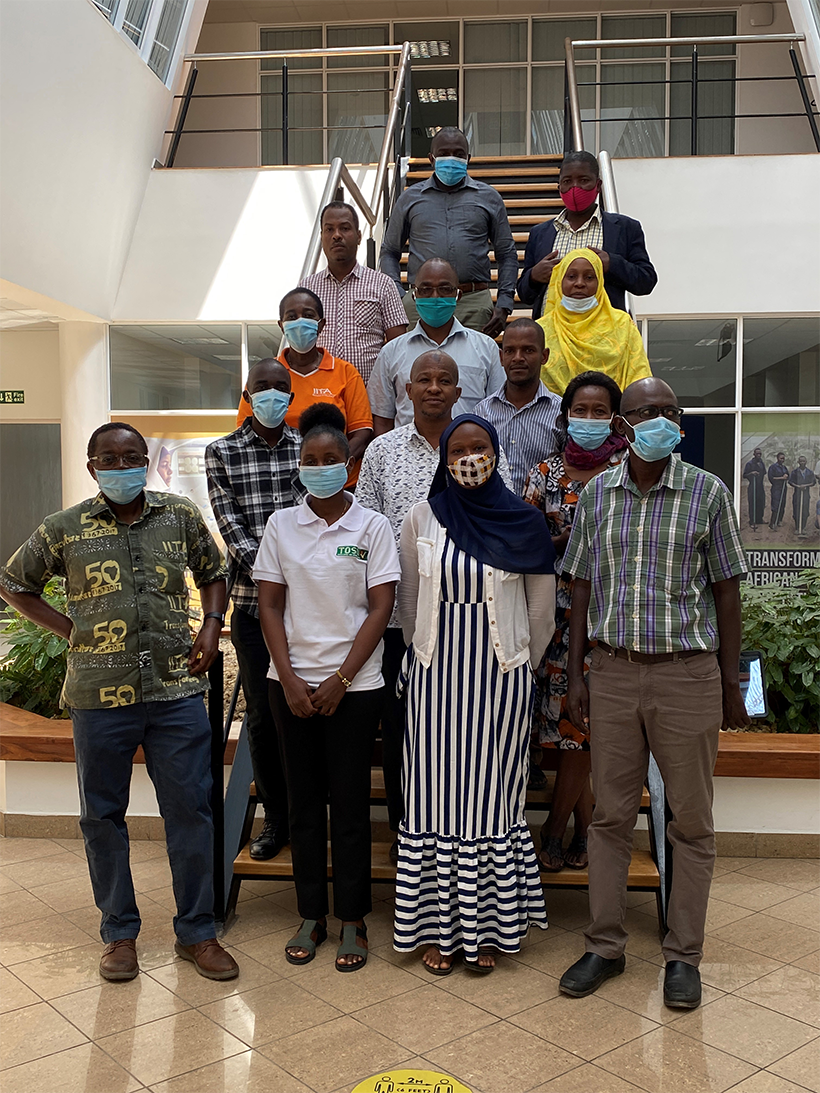 After the training, participants developed a detailed work plan to survey invasive diseases in Tanzania and Zanzibar using the ODK tool. They scheduled the surveillance to take place in five Tanzanian regions, namely Mtwara, Ruvuma, Lindi, Songea, and in Zanzibar.

“ODK is a very useful surveillance tool as it allows efficiency in data collection and timely processing to enable rapid response in Invasive Alien Species (IAS) prevention and management,” said Beatrice Pallangyo, Principal Scientist with the Plant Health Services (PHS) at the Ministry of Agriculture in Tanzania.

“The use of the ODK toolkit will harmonize data collection and avoid problems and issues encountered using the paper-based survey tools. Surveys can be monitored in real time, thus allowing instant validation, correction, and feedback to teams in the field,” said George Mahuku, IITA plant pathologist in charge of the project. 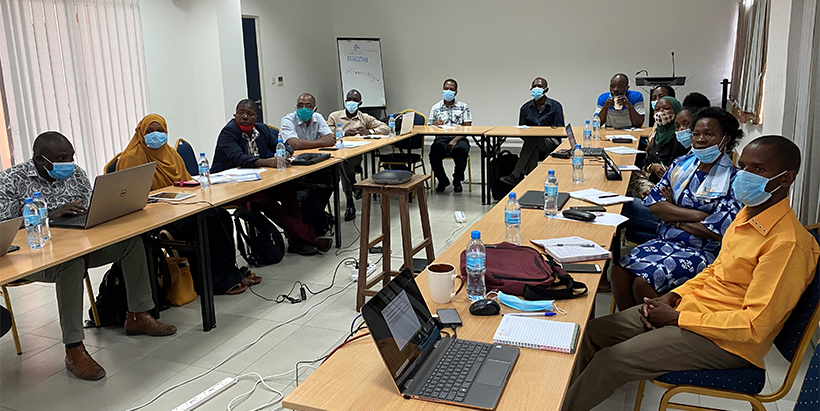 Participants at the ODK tools workshop

Mahuku added that the ODK tool would also allow for a centralized collection of information and creation of a database on fungal wilts across continents, which will be crucial for collaborative planning, risk mapping, designing of prevention/exclusion and eradication strategies to limit the negative impact of wilts on banana production.

The training was conducted under the Roots, Tubers and Bananas (RTB) supported project on Fungal and Bacterial wilts of Banana (2020–2021). IITA leads activities in Africa and Bioversity-CIAT Alliance in Asia.

The project seeks to harmonize information from different continents, draw lessons from using the same tools, and have an integrated data collection, repository, and curation system. It will create a one-stop portal with information and data from different countries for harmonized management of the invasive Foc TR4 induced disease of banana.

RUNRES project to avail animal feed for farmers in Rwanda