IITA, through the Feed the Future Integrated Agriculture Activity funded by USAID, is contributing to the economic recovery in northeast Nigeria in the wake of the devastation caused by the ongoing insurgency in the region. The Activity supports vulnerable populations disenfranchised by the conflict and reengages them in basic farming activities. To this end, 62,666 farming households were registered in Adamawa and Borno states, out of which 52,734 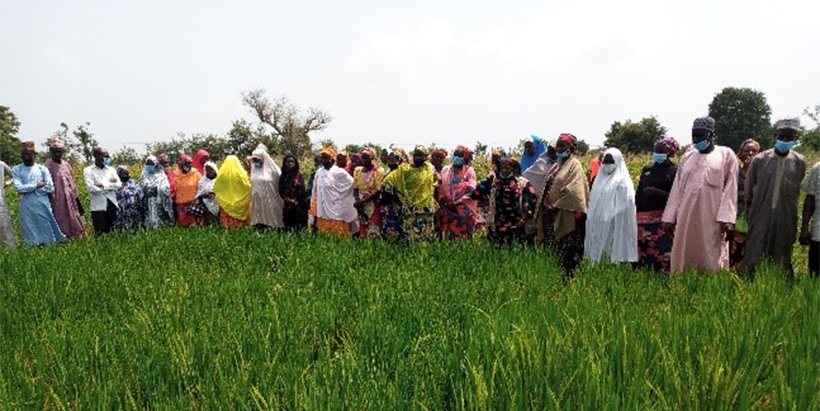 smallholder farmers were trained in climate-smart and improved agricultural practices through the private and public sector Extension Agents.

To reinforce learning and expose the farmers to new technologies and practical aspects of good agricultural practices (GAP) in the target seven crops (maize, rice, sorghum, millet, cowpea, soybean, and groundnut), the project held Green Field Days for the registered farmers on the demonstration plots established by lead farmers in their communities. This activity aims to increase the adoption of new technologies and improved agricultural practices in the region, which is expected to result in increased yield and sustainable income for the farmers to improve their livelihoods.

The event, which took place between 12 and 22 October in collaboration with ICRISAT, was conducted simultaneously in the 12 implementing local government areas (LGA) in Adamawa (Guyuk, Demsa, Fufore, Yola South, Gombi, Hong, and Song) and Borno (Biu, Shani, KwayaKusar, Hawul, and Bayo) states with 1,627 (1,000 male and 627 female) participants in the two states. 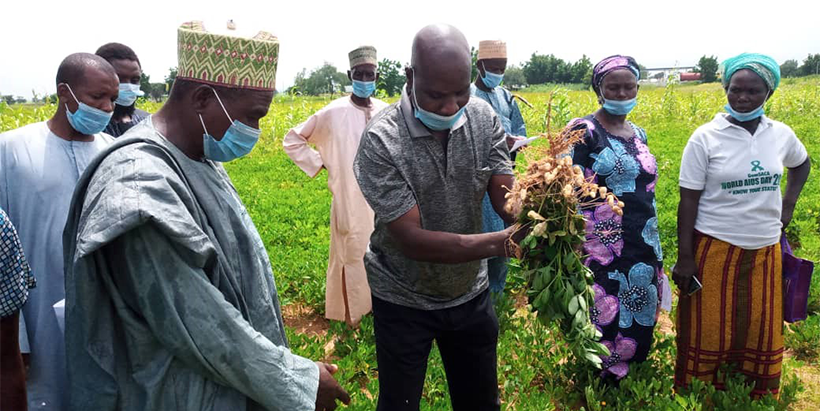 Green Field Days serve the dual purpose of demonstrating best practices and providing inputs for further research. They demonstrate and encourage the adoption of GAP and create avenues for farmers to share knowledge and experiences among themselves. Farmers have the opportunity to observe and compare the performance of different varieties and improve their farming skills.

The event was also used to promote information exchanges and create market linkages for the farmers.

At the event in Purokayo, Guyuk and Ngurore community in Yola South, traditional leaders (Gibson Zaleza Village Head-Purokayo and Sarki of Ngurore, Alhaji Abubakar Baba Lawan) thanked IITA for helping the community, especially after their devastating experience with the insurgents, which was a huge setback to their farming activities. 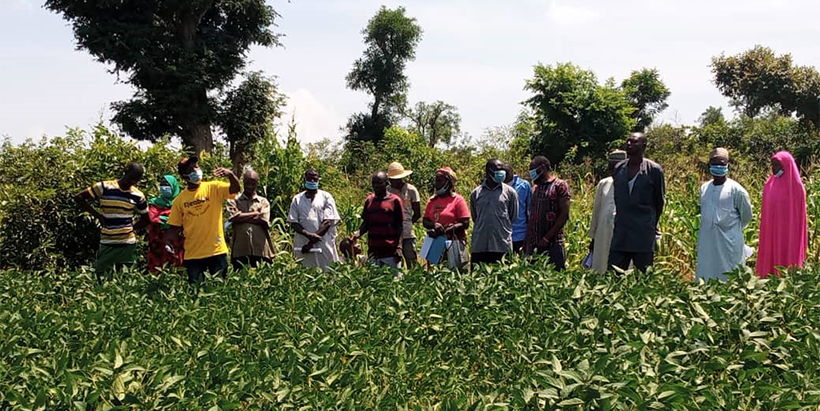 They then urged IITA to do more in terms of providing access to inputs and more training on GAP. They also agreed to provide more plots for demonstrating improved practices by IITA as needed.