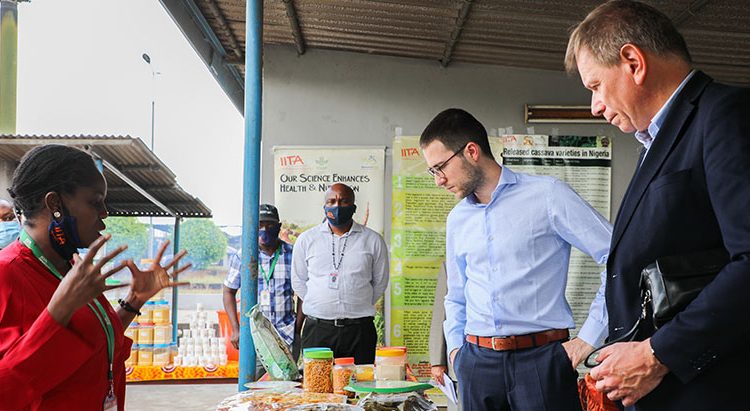 On a recent visit to IITA Ibadan, the Ambassador of the Kingdom of Belgium to Nigeria, His Excellency, Mr Daniel Bertrand, described the Institute’s work as fundamental for Africa’s stability and development. The Ambassador visited the headquarters for the first time to engage with and understand IITA’s research and operations better. 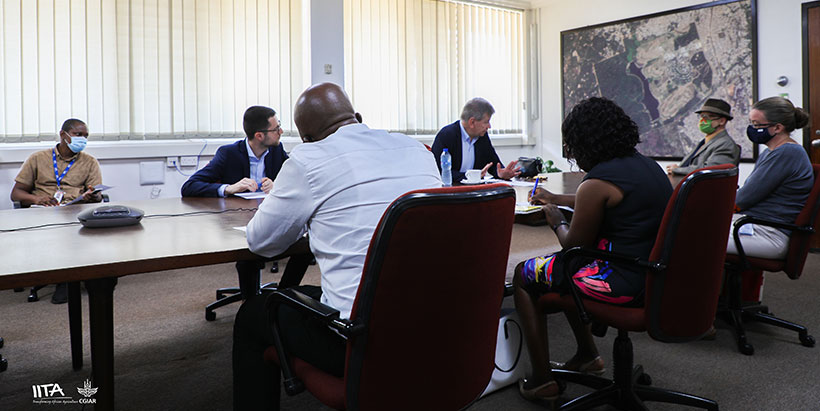 The Belgian delegation meeting with the IITA team before touring the research facilities.

In his welcome address, Dashiell spoke about IITA’s history from its 1967 inception in Nigeria. “We love working in Nigeria. This is such an important country for Africa and, we believe, for the world.” He said Nigeria’s success in agriculture would help drive the African economy forward, and IITA is proud to be a part of that endeavor.

Dashiell thanked the Belgian government and the people of Belgium for their strong support to IITA over the years, including their support for the banana and cassava breeding programs and the Consortium for Improving Agriculture-based Livelihoods in Central Africa (CIALCA). One of IITA’s Belgian scientists and Banana Breeder, Rony Swennen, guided the Ambassador through the Institute’s banana research, which takes as much as 20 years to develop high yielding varieties. He highlighted the success of recently approved varieties in Tanzania and the set-up of a tissue culture facility in Mali. The Director of IITA Central Africa Hub, Bernard Vanlauwe, another Belgian national, gave a presentation underscoring the importance of Belgian support in IITA-related programs, including CIALCA. 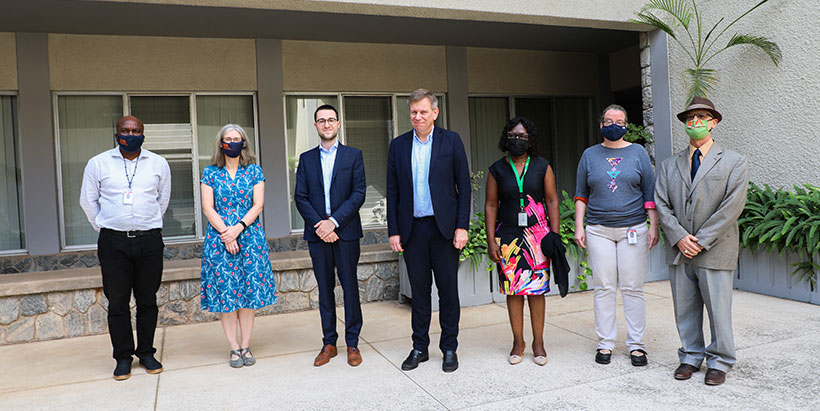 Ambassador Bertrand said that he had a positive first impression of IITA’s work and is pleased with how Belgium is contributing to the effort. During his career in the development sector, he realized “that food and resources are at the center of conflicts and, you know with demographic growth, food production is vital to stabilize a country, to stabilize a region.” This is why he believes in the importance of the Institute’s work. 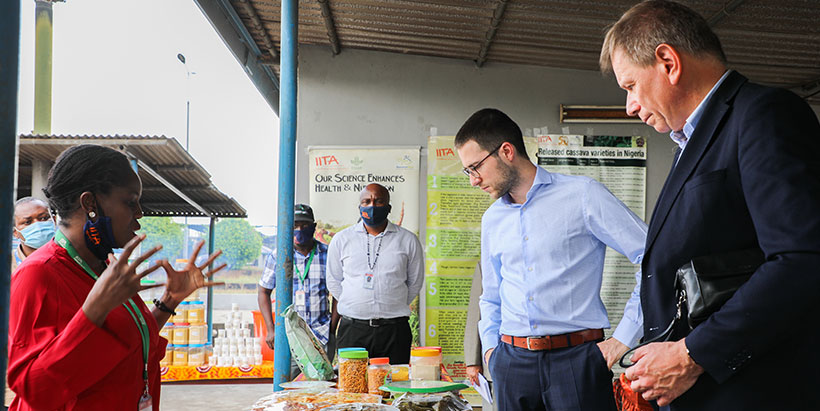 “Food and Agriculture are vital for the development, and I would say survival of Africa,” said the Ambassador. He thanked IITA for what it is doing for the African continent.