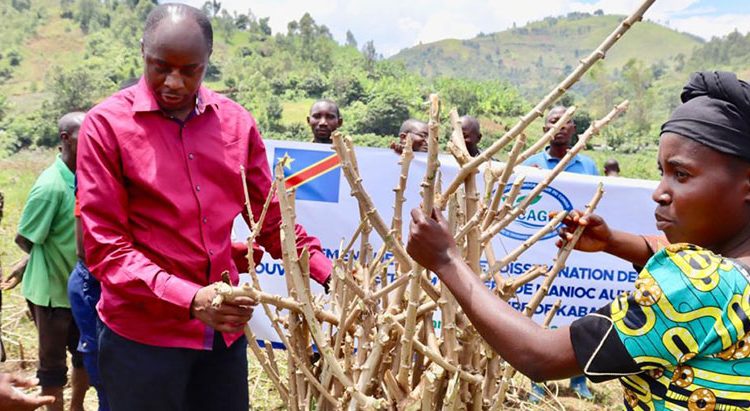 IITA takes the lead in agricultural transformation in DRC

In the Democratic Republic of Congo (DRC), IITA has continued to take a leading role in driving domestic agricultural transformation. Between 15 and 19 February, the Institute carried out multiple interventions to boost agriculture in the region.

The Institute organized a regional capacity-building workshop on the management of aflatoxins under the auspices of the Integrated Project for Agricultural Growth in the Great Lakes [Projet Intégré de Croissance Agricole dans les Grands Lacs (PICAGL)]. The workshop benefitted the national agricultural research partners of the DRC and Burundi as part of a framework of regional exchanges and skill-sharing between the Great Lake countries. The Governor of South Kivu, HE. Theo Kasi Ngwabidje, attended the workshop, giving the opening remarks. 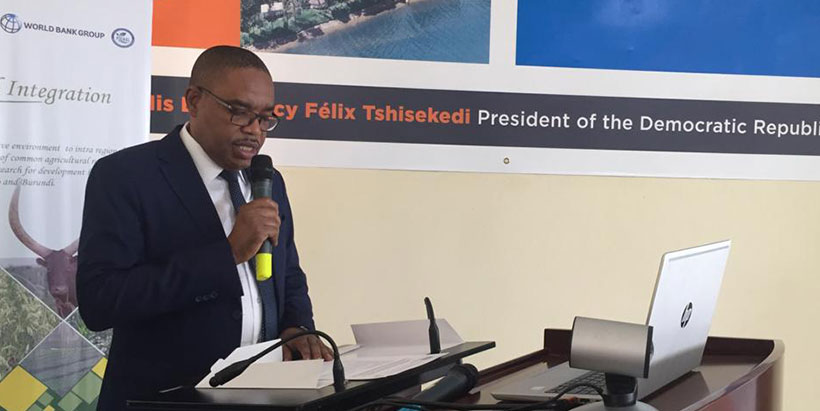 Governor of South Kivu, HE. Theo Kasi Ngwabidje, giving the opening remarks at the workshop.

The participants learned how to detect aflatoxins, how they develop and affect public health and the economy, and the control and management methods to use throughout the crop production cycle. They were introduced to Aflasafe®—a safe and effective natural product for the integrated management of aflatoxin—and taught how to use it to fight against contamination. The workshop culminated in an interactive session to develop strategies and action plans to fight the aflatoxin scourge in both countries.

In a related drive, IITA championed the distribution of healthy cassava cuttings to Kabare households as part of a campaign—launched in November 2020—to promote profitable agriculture. In a symbolic gesture, the Provincial Minister of Agriculture, Marcelin Amani Bahaya, delivered the cassava cuttings to demonstrate the government’s involvement in the vision to transform agriculture in DRC. 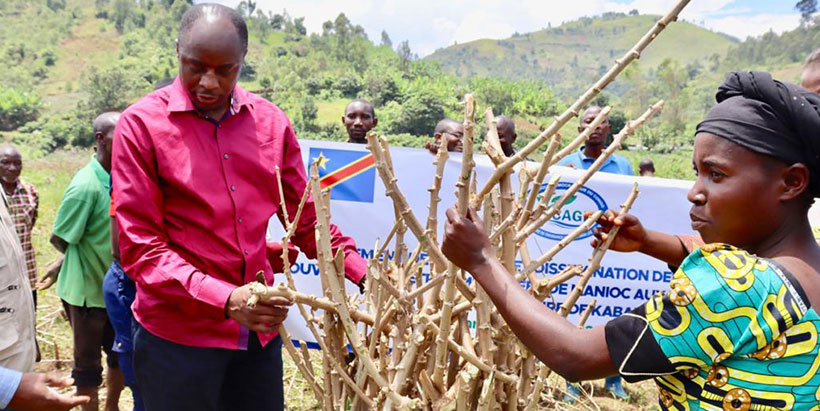 The PICAGL Coordinator and new Head of the President Olusegun Obasanjo Campus in South Kivu, Jacob Mignouna, has continued to strengthen IITA’s regional involvement with the support of the Institute’s Central Africa Hub Director, Bernard Vanlauwe, to ensure the project’s success. He visited various partners within the week, including the MONUSCO (Mission of UN in DRC), as part of the implementation of projects on post-conflict, socioeconomic reintegration.