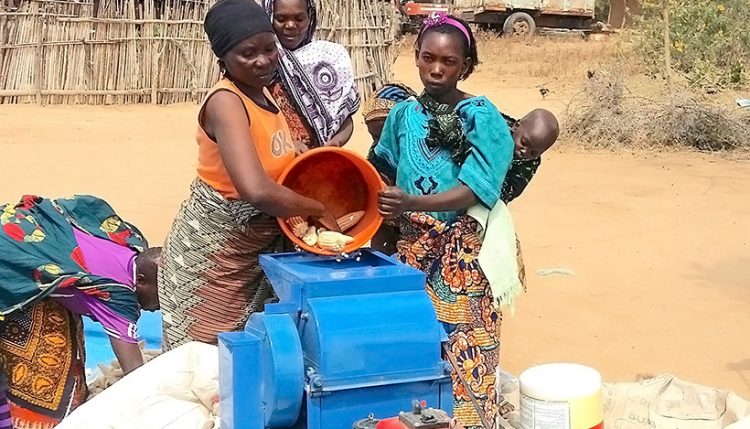 “Shelling maize by hand is an easy task and should be left to women. Men should do tough jobs”, said an agro-dealer from Central Tanzania in 2018 during an interview.  Gundula Fischer, a gender expert at IITA, picked up on this topic; her research tells a different story.

Fischer investigated the drudgery of maize shelling among 400 men and women farmers in Kongwa, Kiteto, and Babati districts in Tanzania. Farmers in her study assessed the drudgery of each task in maize cultivation, from land preparation to selling the processed grain. They rated manual shelling as the most tedious task, followed by weeding and land preparation. In contrast, shelling maize with a machine was regarded as easy as drying maize in the homestead.

ENABLE-TAAT Open Day: Reaching out to youth and farmers in Awe